Woodland in position for maiden major title at US Open, but star names lurk behind. 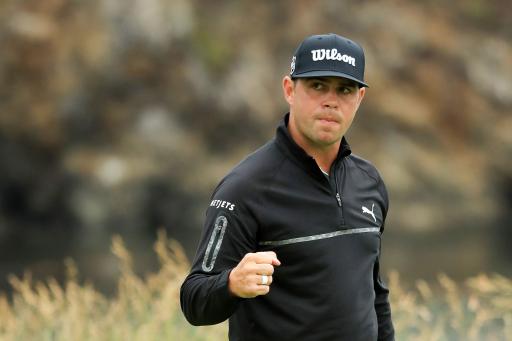 Gary Woodland will take a one-stroke lead into the final round of the US Open, but it came about after two incredible par saves in the space of three holes on day three at Pebble Beach.

What a par save to maintain his two-stroke lead over Justin Rose. pic.twitter.com/6NHvgvoAg0

WOODLAND DOES IT AGAIN!

The leader holes a 40-footer to save par once again and stay top of the leaderboard!

Watch the third round of the #USOpen live on SS Golf or follow here: https://t.co/hVoBmYxaxg pic.twitter.com/VVapFHAzQR

England's Justin Rose is just one stroke behind the American on 10-under par as he bids to repeat his 2013 US Open triumph at Merion.

Brooks Koepka remains hot on the heels of Woodland following a round of 68 to leave him just four strokes behind on 7-under par.

Koepka is going in pursuit of an historic US Open threepeat, which has only ever been achieved by Willie Anderson in 1905. A victory here would also mark a fifth major title for him in his last nine starts.

Louis Oosthuizen and Chez Reavie are tied with Koepka on 7-under, while Rory McIlroy is back on 6-under.