Patrick Reed leads US Open, Bryson DeChambeau one back

Reed takes narrow lead into the weekend of the US Open, but star names lurk behind... 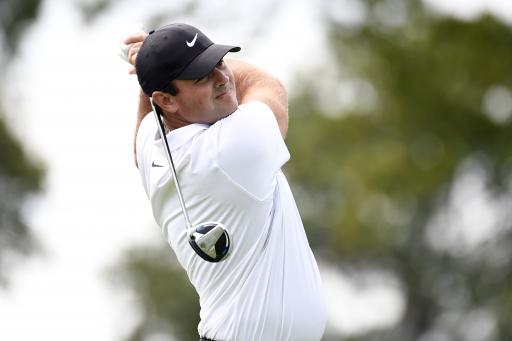 Patrick Reed will take a slender one-stroke lead into the weekend of the US Open at Winged Foot as he bids to win his second career major title.

Reed, who won the 2018 Masters, carded a level-par 70 on a testing second day of scoring to remain on 4-under par and one stroke clear of Bryson DeChambeau, who carded an impressive 2-under 68 in tricky conditions, highlighted by his eagle at his final hole.

An eagle to finish Round 2 for @b_dechambeau.

Reed had something of a rollercoaster round with five bogeys and five birdies.

"Yesterday was soft and benign, but today was really tough and the greens got fast," said Reed.

DeChambeau went out in 35 strokes after exchanging three bogeys with three birdies, and then returned in 33 shots with two bogeys, two birdies and his closing eagle.

"I feel like I drove it pretty well considering the windy conditions, it's super tough," said DeChambeau, who is bidding to win his maiden major title.

Justin Thomas, who led after 18 holes on 5-under par, endured a torrid opening 10 holes to fall back to level-par for the tournament. However, the World No.3 recovered well on his back nine to get himself back in contention on 2-under par alongside Rafa Cabrera-Bello (68) and Harris English (70).

Jason Kokrak remains the only other player under par for the championship on 1-under following a 71.

Xander Schauffele is a further shot back on level par with Hideki Matsuyama, Matt Wolff, Brendon Todd and Thomas Pieters, while World No.2 Jon Rahm looks on from 1-over par.

World No.1 Dustin Johnson, who is bidding to clinch a second US Open title, has it all to do from 3-over par alongside Rory McIlroy, who had a day to forget with a round of 76.

Tiger Woods missed the halfway cut following a disastrous round of 77 as the three-time US Open champion finished on 10-over par.

Previous
Gareth Bale golf memes following his Spurs move are comedy gold
Next
Ian Poulter: "US Opens kick you in the nuts every 20 minutes!"

US Open
Brooks Koepka HOBBLES up the steps ahead of the US Open!
Golf news
Golf fans react as golfer gives girlfriend NASTY BRUISE after a bad bunker shot!
US Open
Bryson DeChambeau to use "BOMB AND GOUGE" tactics in bid to win the US Open
US Open
Paige Spiranac on Bryson DeChambeau: "It makes me sick, I might throw up"
PGA Tour
What drivers do the BIGGEST HITTERS on the PGA Tour have in their bags?