Lee Westwood shot a 3-under par opening round at Winged Foot on Thursday. 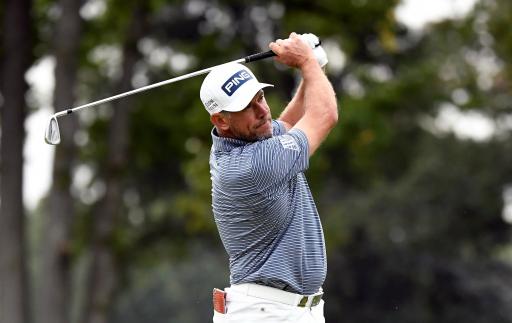 Lee Westwood said he wasn't surprised to see some low scores during the opening round of the US Open, despite Winged Foot being widely known as one of the toughest golf courses on the planet.

The Englishman shot a 3-under par opening round of 67 to sit in T5 alongside Rory McIlroy and Louis Oosthuizen, just two shots behind leader Justin Thomas.

Tiger Woods, who struggled to take advantage of a slightly easier day at Winged Foot with a 2-over par opening round, recently described Winged Foot as one of the most challenging courses in the world, alongside Carnoustie and Oakmont.

During Thursday's first round, 21 players of the 144-man field managed to shoot below par, but Westwood wasn't surprised to see some low scores out there.

"I expected people to score better than everybody was thinking, certainly in the first round if there wasn't too much breeze, which there hasn't been," Westwood said.

"Look at the fifth hole, for instance. I don't consider myself long by any means out here, I'm 47 years of age. 505 yards uphill, I slung it around the corner and went in with nine-iron from 151. If I do that, Rory [McIlroy], DJ [Dustin Johnson], guys like that are probably doing the same.

"You get it in the fairway regularly around here, you can score well. With them being bold greens, you can use them to your advantage."

Winged Foot is set to get tougher as the week goes on and Westwood is fully aware that the low scores might not be repeated over the weekend.

"Obviously, as the golf course firms out and a little bit of wind picks up - which is likely - and the pin positions obviously get tougher, it won't yield as many low scores. Today was obviously the day to get off to a decent start and get some credit."

NEXT PAGE: Zach Johnson makes possibly the GREATEST PUTT of all time at US Open...