Rory McIlroy: "I don't care about the US Open or Open"

McIlroy makes his first appearance on PGA Tour since his Masters flunk.

Rory McIlroy has revealed how he considers the Masters to be the biggest tournament in the world, the one major he still so desperately seeks in order to become the sixth golfer to complete golf's career Grand Slam.

A month on from his disappointing Masters final round of 76, finishing tied fifth having briefly got within one shot of the lead on Sunday, and McIlroy admits it took him a while to get over things. In fact he even reached for a bottle of red.

"Probably took me a week to get over it. I went back home and decompressed, binge-watched a couple of shows, read a couple of books, drank a few bottles of wine," said McIlroy. "I was trying to immerse myself in anything but golf at that moment. It got to point where Erica had to drag me out of the house and say: 'We are going to do something.' "

McIlroy, making his first appearance since his Masters flunk at this week's Wells Fargo Championship, then raised eyebrows when revealing his thoughts about the others majors on the roster.

"The Masters has now become the biggest golf tournament in the world, and I'm comfortable saying that," said McIlroy.

"For me it's the most special tournament that we play, and it's the one everyone desperately wants to win, but even if I was going for my first major, it's still tough to win." 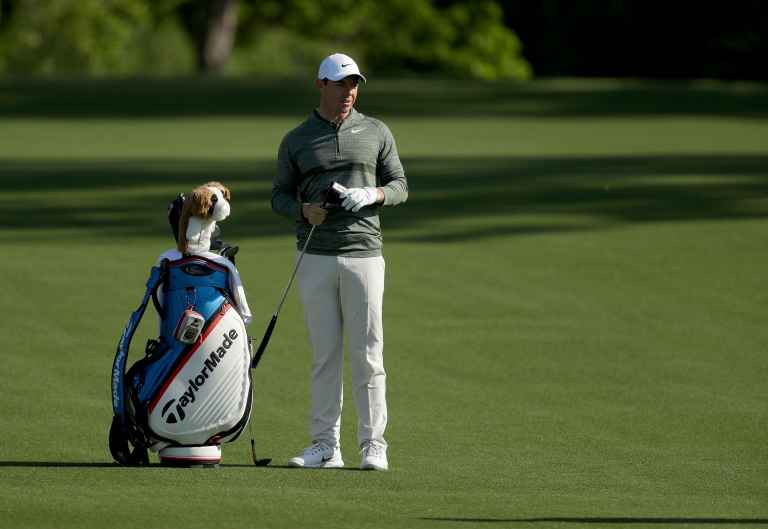 McIlroy explained how he was disappointed to not put enough pressure on eventual Masters champion Patrick Reed.

He began his day three shots back of the American and quickly brought the deficit down to one heading to the third tee. But McIlroy bogeyed two of the next three holes and never got back into the mix, finishing a distant tied fifth.

"I just didn't give a good account of myself on that final day. I was sort of holding my game together, and on Sunday, under the pressure of chasing Patrick, it just never clicked for me," he said.

"I got on to the first tee and the Augusta members were saying, 'We'd love to have dinner with you tonight.' And I said, 'Don't be ordering me anything just yet.' "

McIlroy will look to get back in the saddle at Quail Hollow this week, a venue where he has enjoyed numerous success before with victories in 2010 and 2015.