US PGA Championship 2020 Preview: Is Justin Thomas the man to beat?

Watch our US PGA Championship 2020 preview and check out which three players could shine at TPC Harding Park. 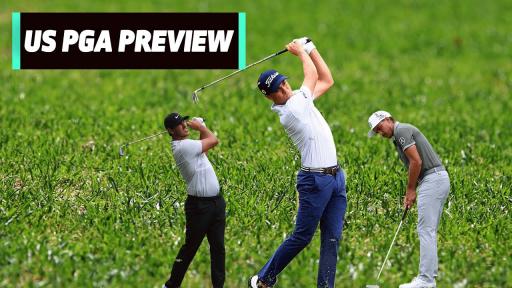 As we roll up to the first major of the year at TPC Harding parking for the 2020 US PGA Championship, we are taking a look at three players to watch for the tournament, and why we think they will be in with a chance come Sunday.

There's a host of talent teeing it up in San Francisco this week, but TPC Harding Park will demand a lot from these players, so watch the video below and see which three players we believe are the ones to watch. Plus, find out how you can WIN some limited edition TaylorMade US PGA Championship headcovers!

COMPETITION: For your chance of winning some limited edition TaylorMade US PGA Championship 2020 headcovers, click the video above and comment who you think will win the first major of the year and make sure you subscribe to our YouTube channel for your entry to count.

Our first one to watch pick is Rickie Fowler.

Although his form in 2020 is mostly poor, three top 20 finishes in the last four tournaments since the restart, including his last tournament at the WGC Fedex St jude invitational, shows that his swing changes are finally paying off.

He may not be the longest off the tee, but his driving accuracy will put him in a good position around TPC Harding Park. For him to push for the win at the US PGA, he will need to focus on his iron play and short game, which have been lacking in 2020. But with five top 10’s out of the last 12 majors, including two top 5’s and a runner up finish, we wouldn’t be surprised if he breaks his duck this week.

The number one player in the FedExCup rankings, and the No.1 player in the world will be a hard player to beat this week. His form has been relentless this season, including a win last week at the WGC-FedEx St Jude Inviational, along with three top 10 finishes since the restart. Phil Mickelson's old caddy Bones will be on his bag this week, going for a back-to-back win.

JT’s short game will prove key this week and his current form for the season should see him excel at Harding Park. Ranked 3rd for SG Approach To The Green, this will come in handy for what is tipped to be a tough scoring course. For him to take home the Wanamaker Trophy like he did in 2017, he will have to improve his putting and driving accuracy, which has been holding him back from more trophies in 2020. With five top 15’s out of the last 10 majors, this is definitely a player to keep an eye on.

Last but not least is Brooks Koepka.

Now, a week ago this pick may have been somewhat controversial, with Koepka being outside the top 125 in fedexcup rankings with only one top 10 to his name in 2020, blaming a repetitive knee injury. However, a 62 on Thursday at the WGC-FedEx St Jude Invitational, finishing T2 to Jusin Thomas for a valiant defence of his win last year has shown that Brooks is ready to ignite that major flame that has proved so successful in recent years.

Brook's performance for 2020 makes for dismal reading, with his best stat being 21st in driving distance. We all know that his performance changes drastically for majors week, so we won’t read too much into this. His putting and driving accuracy have been suffering significantly this year, so they will need to improve for him to have a chance this week. But, with four wins, two top 5’s and a T6 finish in his last 10 majors, there will be no surprise to see Koepka lifting the trophy come sunday.

NEXT PAGE: How and when to watch the US PGA Championship this week...