Ryan Moore withdraws from US PGA Championship for this BIZARRE reason

Golf fans are questioning Ryan Moore after he withdrew from the US PGA Championship for a very strange reason. 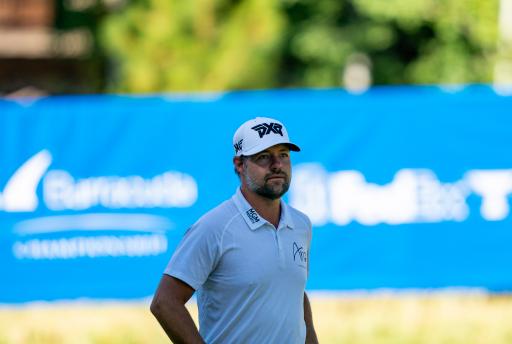 Ryan Moore has become the latest player to withdraw from the US PGA Championship at TPC Harding Park this week, but it's safe to say his reasoning has caused golf fans to ask a few questions and it's certainly got us scratching our heads.

A number of players have already withdrawn from this week's tournament as we are finally set to be treated to a major championship, albeit a little later than scheduled.

The main reason for the majority of the withdrawn players surrounds the current COVID-19 pandemic, that has seen players like former World No.1 Lee Westwood decide not to travel to the United States as he doesn't want to endure the 14-day quarantine process.

Moore on the other hand, a regular PGA Tour player, was already in the United States and his decision not to play in a major championship is quite honestly a little baffling.

Last week, Moore played in the Barracuda Championship, just three hours away from San Francisco, where you'll find TPC Harding Park, the venue for the US PGA Championship.

According to Golf Digest, Moore didn't want to play both the Barracuda and the US PGA and due to being listed as ninth alternative for the first major of the year, Moore opted to play in the Barracuda.

With players dropping out of the US PGA, Moore eventually made the field and quite easily could have travelled to San Francisco after the Barracuda Championship to play in a major, but he has decided to pass up the opportunity to rest in preperation for the FedEx Cup run.

Xinjun Zhang who has been in fine form on the PGA Tour recently, posting finishes of T12 and T10 in his last two starts, will make his major debut in replacement of Moore.

NEXT PAGE: How and when to watch the US PGA Championship this week