Tee times at 2019 PGA venue Bethpage Black are cheaper than you think! 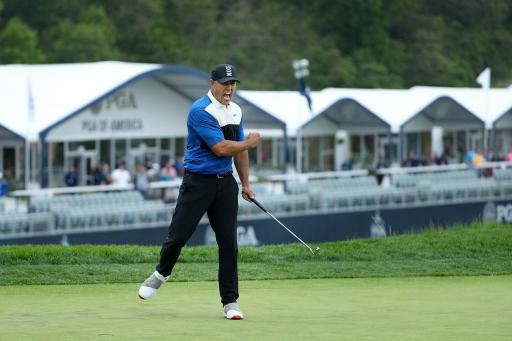 If you were impressed by Brooks Koepka's fourth major title in under two years at the 2019 US PGA last week, you just might want to book yourself a tee time at the venue in question, Bethpage Black, as it's probably a lot cheaper to play than you first thought!

If you're a New York resident, you're looking at $65 for a weekday round, with twilight rounds available for just $39. Weekend rates only increase to $75, and juniors and senior citizens can play for a discounted green fee of $42.

But even if you're coming to Bethpage from afar, you're more than welcome to peg it up here. Weekday rates cost $130 with twilight rates at $78. Weekend green fees jump to $150 and $90 for twilight.

Yes, the home of The Masters, Augusta National, would be most people's dream of a major round of golf, but there is about as much chance of getting on there as there is of Donald Trump not playing a round of golf this month.

Bethpage Black is considered one of the toughest tracks in major championship history, and at these kind of prices, it's a no brainer for us here at GolfMagic if you find yourself in the New York area sometime soon.

We just recommend you bring an extra sleeve box of balls - you may just need it if your driving is a tad off!

If you want to play Bethpage's other courses, you'll be looking at around $43 in the week and around $90 at the weekends.