Golf in Portugal: Quinta do Lago South Course really is the jewel in the crown when it comes to golf in the Algarve. 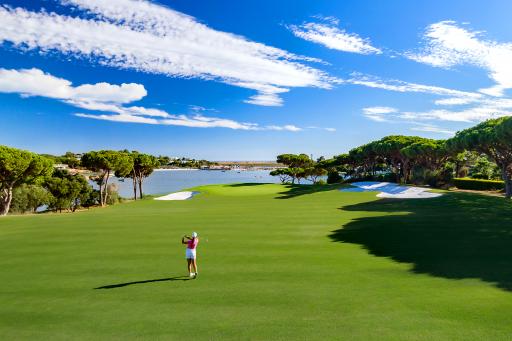 Quinta do Lago's much-loved South Course is considered by many as the jewel in the crown when it comes to golf in the Algarve. Throw in a major €7 million overhaul over the past 18 months, and that notion is unlikely to change anytime soon.

GolfMagic was fortunate enough to spend an afternoon strolling around the new-look, sun-kissed South Course ahead of its official re-launch on September 1, and it is fair to say we left mightily impressed.

It is hard to argue the last 18 months have been tough for pretty much everyone, but during this difficult spell the greenkeeping staff at the Quinta do Lago South Course have been extremely busy. And it shows.

Many of the changes admittedly are quite cosmetic but they do have a big impact on the course and help not only elevate the playing experience for golfers but also enhance the venue's environmental credentials too.

Previously when you played the South Course, an eight-time host of the Portuguese Open on the European Tour, we found it to be quite claustrophobic with dense scrub surrounding pine trees in between holes.

This meant other holes were slightly obscured and that resulted in plenty of lost balls and a bit of slow play thrown in for good measure.

Thankfully this has all now been removed and it has led to the South Course appearing much more open. Don't get me wrong, it was still a beautiful layout before, but now it's a visual masterpiece.

What struck me most was just how undulating the South Course really is - and I have been lucky enough to play here about 50 times down the years. It really surprised me.

Where they have removed the scrub, they have replaced it with bark scrapings which has a dual effect. Firstly, it frames the course nicely, defining what is course and what is not.

It also makes the course a lot more sustainable, requiring far less water to maintain it - something that is crucial in this day and age.

Plenty of work has also been done on the tee boxes, and the fairways have also been dug up and reseeded to ensure they are perfectly manicured for golfers when they arrive in their droves this September.

In terms of the course layout, there have been one or two changes. And they are superb.

Some of the bunkers have been moved or reshaped to make the course a little fairer and there has been quite a big change on the 8th hole, where previously if you hit the fairway then it is fair to say it was possibly more luck than judgement.

When late great Seve Ballesteros played the South Course in the 1984 Portuguese Open, the 8th hole was the only one he seemed to be unhappy with.

The hole slopes right to left quite aggressively with trees overhanging the right side of the fairway, so if you hit a draw you essentially could not hit the fairway.

However, now the fairway has been nudged 20 yards to the right and all the trees on the right-hand side of the fairway have been removed. This ensures that if you do hit the fairway, you do not end up 50 yards left of where the ball landed.

Overall, the changes made to the South Course are fantastic and they help retain its very playable nature. More importantly though, they help illustrate what a top quality track Quinta do Lago South Course really is, and we cannot wait to get back there and play it.

For more information about Quinta do Lago and its new-look South Course, please visit: www.quintadolago.com