Home » Tips and Instruction » Betting Tips
In Partnership with

GolfMagic reveals its best bets for this week's European Tour and PGA Tour events - do you agree? 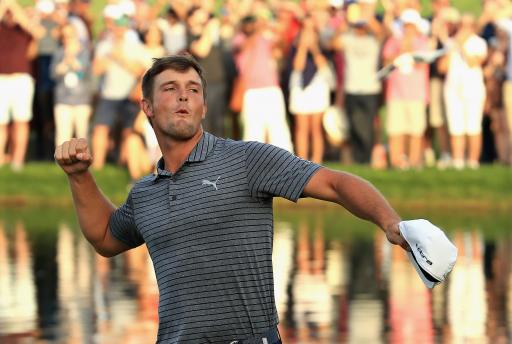 In the first of a new Golf Betting Tips series, GolfMagic's Andy and Jack sit down to discuss their picks for this week's inaugural Saudi International on the European Tour and Phoenix Open on the PGA Tour.

Last week's winners Bryson DeChambeau and Justin Rose head the market at 13/2 over in Saudi Arabia, while in-form Jon Rahm spearheads the betting in Phoenix at 7/1.

Bryson DeChambeau (13/2) - Heads into this event off the back of four victories in his last nine tournaments. He claimed to have "found something" on the range late Saturday night in Dubai last week and that led to a seven-stroke romp in the desert. While not the biggest price in the world - with the likes of Rose, Johnson and Koepka tucked in behind him in the betting - Bryson looks as confident as ever right now, and providing the air density is right for him in Saudi Arabia then he's going to be a very tough man to beat.

Ian Poulter (25/1) - 'The Postman' has been knocking on the door in recent weeks with a tie for sixth in Abu Dhabi and a final-round 64 in Dubai leading to a tie for third last week. All areas of the Englishman's game are coming together nicely, and that could lead to a W fairly soon. Every chance it could be this week if he's not suffering from burnout after playing three consecutive weeks.

Justin Rose (13/2) - Rosey probably didn't even have his B game on display last Sunday and still managed to hold off the chasing pack at Torrey Pines for his 10th PGA Tour title. Making only his third start on Tour this week with his new Honma sticks, but he already feels comfortable the transition. Providing he isn't too fatigued from playing three weeks straight, he will take all the beating this week.

Matt Wallace (25/1) - Wallace has already brought his 2018 form into the new year with a runner-up finish behind DeChambeau last week. The Englishman was distraught to miss out on the 2018 European Ryder Cup team, especially having won four times in the space of 18 months, but you have to feel he is going to be Harrington's lineup come 2020. Arguably one of the most in-form European golfers in the world right now, his 25/1 price tag could look very big on Sunday.

WEBB SIMPSON (22/1) - A form horse proven on this track. Simpson is well rested after starting the year brightly with an eighth place in Hawaii, and to end 2018 he finished third, 15th, fourth and sixth. Before missing the cut in this event last season, Simpson had five consecutive top-14 finishes at TPC Scottsdale. Looks to be more confident on the greens these days having taken some time to adapt to the anchored putting ban. Big price.

HIDEKI MATSUYAMA (12/1) - Absolutely loves this place following consecutive playoff wins here in 2016 and 2017, and he was denied a chance of a threepeat when withdrawing from this tournament last year. Has been out of the limelight for some time, but a third place at Torrey Pines last week was a move in the right direction for the Japanese star. Looks to be fully fit again, and is sure to go well this week. A little short in the market, but he's proven here.

XANDER SCHAUFFELE (18/1) - Xander has been one of the most impressive players in the game the past three months with two victories from his last five worldwide starts. A solid top-20 finish here last year shows the course was to his liking. Without doubt - at the age of 25 - a major winner in waiting. Looks too big at 18/1 this week.

MATT KUCHAR (28/1) - Even more of a form horse with two wins from his last four starts. Kuch also picked up a valuable tie for fifth here last year so clearly loves the venue. Didn't play last week so should be fresh for this one. Looks a great value bet to keep the dream run going.