Simply head over to one of GolfMagic's social media channels to enter... 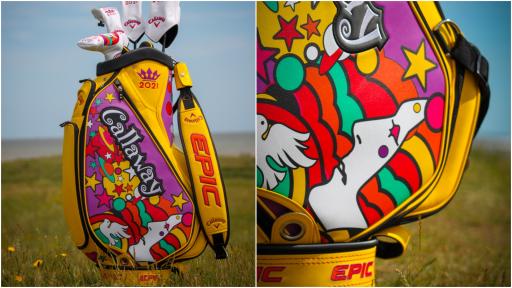 Callaway has dropped an eye-catching limited edition Tour Bag for this week's Open Championship at Royal St George's, and we have teamed up with the brand to give one away to a lucky GolfMagic Reader.

With Royal St George's Golf Club being the final stop in the men's major calendar, Callaway's 'Limited Edition July Major Staff Bag' represents the artistic culture that spread through the south in the mid-1960s.

After a year of uncertainty, many people took to the golf course for their dose of peace and tranquility, feelings that are echoed in the design of this Tour bag.

Inspired using themes from an era of freedom and energy, the bag is sure to stand out as thousands of fans watch the Team Callaway players in action at Royal St George's.

We will announce our lucky winner early next week. Good luck.