WIN free tickets to the BMW PGA Championship at Wentworth

GolfMagic has teamed up with DP World to give away three pairs of tickets to the BMW PGA Championship at Wentworth from September 8-11. 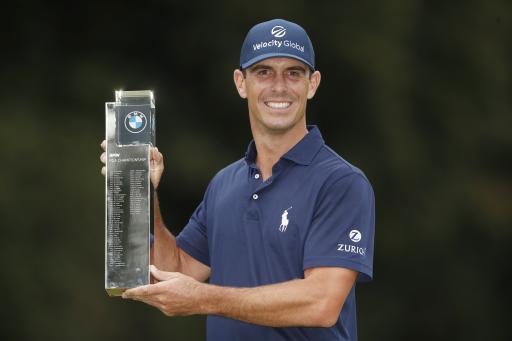 GolfMagic has teamed up with DP World to offer three pairs of tickets to the DP World Tour's flagship tournament of the season, the BMW PGA Championship at Wentworth in Surrey.

All you need to do is follow GolfMagic and DP World and let us know which day of the tournament you would like to attend.

The BMW PGA Championship is one of the best events on the DP World Tour and it has once again attracted one of the strongest fields of the season.

That is reflected by the fact weekend tickets are already sold out. So even more reason for you to enter our latest competition!

Rory McIlroy is the headline name in the field as the Northern Irishman looks to win his second BMW PGA having won in 2014.

There will also be a big number of LIV Golf players in the field, too, something Fitzpatrick has said "will be weird".

One of the key initiatives that DP World is focusing on during the BMW PGA is its DP World Golf Ball Container, a unique shipping container that has travelled to various DP World Tour events collecting used and unwanted golf balls.

At the end of the season, each golf ball collected will be redistributed to organisations that champion grassroots of golf, to grow the game globally and inspire the next generation of Tour stars.

Next Page: Tiger Woods makes another announcement after saving the PGA Tour's blushes (for now)