Public golf course in West Midlands on verge of closure due to lack of players and cost of maintenance. 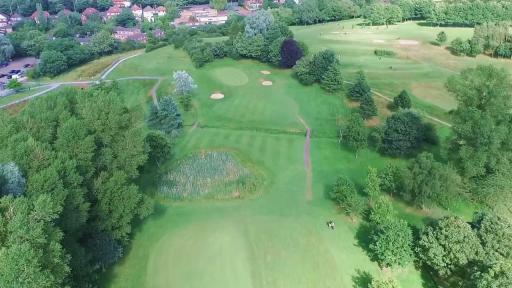 Last week we brought you news that public golf courses have been closing left, right and centre across the United Kingdom this month, and the latest set to be axed is popular pay-and-play venue Brandhall Golf Course in Oldbury, according to Express & Star.

To our knowledge, nine public golf courses have been permanently closed in the month of October alone in the UK, with many more golf clubs under serious threat for survival before the end of the year.

RELATED: 9 GOLF COURSES CLOSED IN UK - IS YOURS NEXT?

Next in line to be ditched is Brandhall GC in the West Midlands, apparently due to dwindling membership numbers and being "too costly to run."

According to the report, Sandwell Council wants to create a new public park in its place, as well as build homes and help with the rebuilding of Causeway Green Primary School.

RELATED: WE ASKED 500 GOLFERS WHAT ANNOYS THEM THE MOST ON THE GOLF COURSE...

In order to run the golf course - which costs £16.50 for adults to play in the week and £17.50 at weekends - it is estimated some £3 million would be required to bring the course up to standard and attract more players to its grounds.

Brandhall GC's membership has also recently shrunk from 352 to 318, and the costs to maintain its course are estimated at £250,000 a year.

With not enough golfers to cater for the cost of maintenance, in the eyes of the council, it would appear only a matter of time until this popular pay-and-play course closes for good.

"Only 300-odd people are using it and about 90 of them are from out of the borough," Ward councillor Sue Crumpton told Express & Star.