Palmer did not just love golf. He loved golfers. 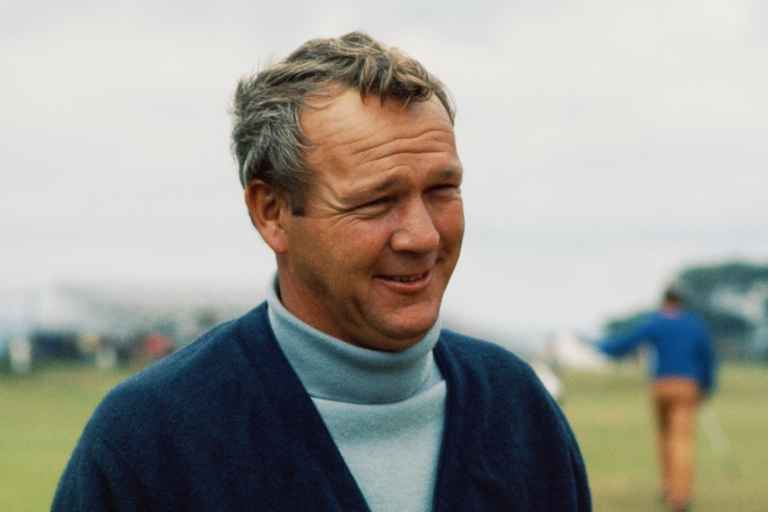 There are few people in golf who have done more to grow the game than Arnold Palmer. The same can be said for providing people a chance to play it.

From Palmer's initial design in 1963 to his recently completed project in Brazil, 'The King' has not just left a legacy of golf tournaments and hospitals in his name, but some 306 golf courses spanning five continents for us to enjoy.

"Designing golf courses has been part of my life as far back as I can remember," Palmer once said. 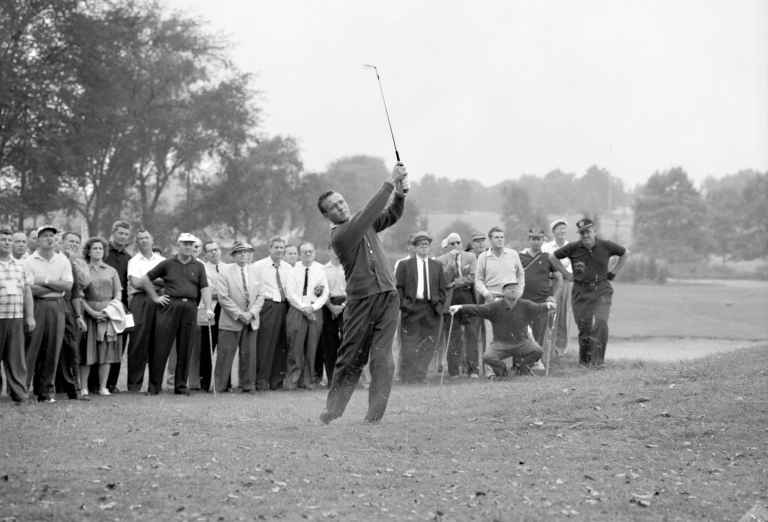 Palmer in action as a youngster coming through the ranks (Photo: Arnold Palmer Design)

At the age of just six, Palmer and his family moved to Latrobe Country Club in Pennsylvania where his father Deacon worked as a greenkeeper and golf professional.

Arnold, who many said shared his father's large, strong, blacksmith's hands, would regularly help out at the course by pushing heavy greens mowers and steering tractors.

Having caught the course design bug at a young age, and with just a rake, shovel and hand-push mower at his disposal, Palmer would enhance his skills by designing a practice facility near his college campus while a golf student at Wake Forest.

“That probably was not the most challenging layout but certainly was the most exhausting to create,” said Palmer, who would go on to win the 1954 US Amateur and seal the first of his 90-plus professional career victories at the 1955 Canadian Open.

“When I was done, it was a pretty rudimentary layout – a nine-hole chip and putt, really – but I was pleased with my efforts, and the officers who played it were delighted to have a place to hit balls.”

Despite a very active playing schedule, highlighted by winning seven major championships between 1958 and 1964, Palmer was the first player of the modern era to mix tournament golf with golf course architecture.

Palmer's love of the game was clear for all to see in his golf course architecture business (Photo: Arnold Palmer Design)

In 1972, he partnered with burgeoning golf course architect Ed Seay to form Palmer Course Design Company based in Florida - a partnership that would span three decades and yield hundreds of stunning courses around the world.

Some 30 years later, having received the Donald Ross Award from the American Society of Golf Course Architects for his contributions to the game, Palmer relocated the business to Orlando and renamed it Arnold Palmer Design to which it stands today.

As time wore on, his health unfortunately deteriorated, but that still did not prevent Palmer from continuing to oversee the day-to-day operations of his design business alongside his two senior golf course architects Brandon Johnson and Thad Layton.

Palmer did not just love golf. He loved golfers. And that very much shows in what he has left us.

Here are what we consider to be Arnie's 10 greatest golf designs...

The views at Tralee are something to behold.

Representing Palmer's first ever European track from 1984, Palmer sculpted a layout teetering on the edge of a windy point high over the sea.

Even award winning film 'Ryan's Daughter' decided upon using the backdrop as part of its filming. 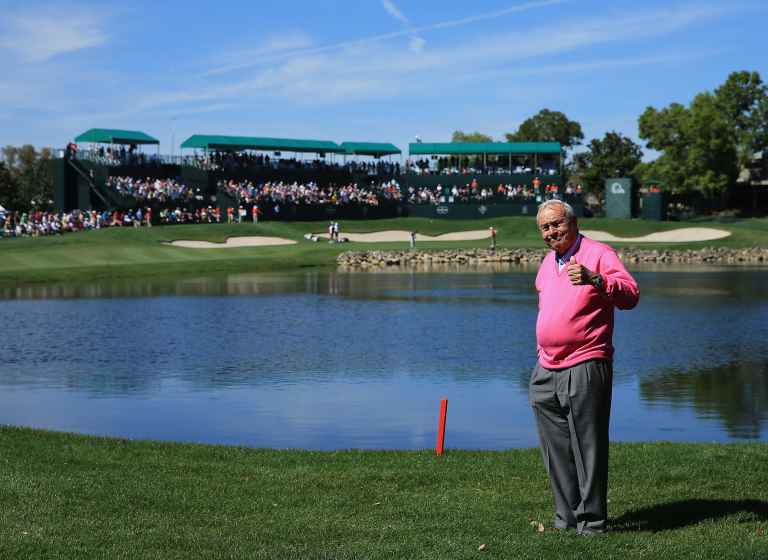 Although Palmer had no say in the initial Bay Hill design by Dick Wilson in 1961, he constantly made tweaks to the layout ever since purchasing it in 1974.

Bay Hill has staged a PGA Tour event every year since 1979, and as of 2007, occupies the 'Arnold Palmer Invitational' title.

It is a tough layout - long, with lots of water - but it is a fair test.

Home to the 2016 Irish Open, won by Rory McIlroy, the track enjoys a serene setting, matched by an opulent hotel.

The only golf course in the world designed by both Palmer and Jack Nicklaus - and for that reason alone, this one is special.

Opened for play in 2000, King & Bear features two distinctive nines that fittingly sum up the playing styles of both course designers along the way.

Palmer loved to thrill his fans with low, piercing drives and go-for-broke heroics, while Nicklaus, 10 years his junior, was more self-contained, methodical and a consummate strategist who loved to rely upon a power fade.

Resting next to the PGA Tour's Plantation Course, Kapalua's Bay Course was the first to be opened by Palmer on the Hawaiian islands in 1974.

The meandering track with seaside vistas has played host to the Kapalua LPGA Classic, and is beloved by amateurs for such holes as the cliff-side par-3 fifth, pictured above.

There must be something about Palmer-designed courses and Mr McIlroy this year as the Northern Irishman landed the Deutsche Bank Championship at The King's TPC Boston.

While Rio Olympic Golf Course designer Gil Hanse and former PGA Tour star Brad Faxon have reworked parts of the course in recent times, it was Palmer who crafted the original design back in 2003.

Many of the players on the PGA Tour consider TPC Boston to be one of the strongest venues of the season, as expected for an annual FedEx Cup Playoff event.

The best hole comes at the risk-reward par-5 18th with trouble lurking right off the tee and also short of the green with the approach, playing into a narrow, severely contoured putting surface with run offs behind the green.

Breathtaking from start to finish and consistently regarded as the best course on the Hawaiian islands.

Set along Hawaii's North Shore, home to Pipeline, Sunset Beach, and Waimea Bay, the course meanders its way through the natural wetlands, and circumvents natural waterways and dense Hawaiian jungle that offers great protection from the coastal winds.

It even meets the ocean coast on its penultimate signature hole, the par-4 17th.

This Palmer-designed course played host to the former Bob Hope Classic from 2008 to 2011, and it is an absolutely belter playing next to the rocky foothills of the Santa Rosa Mountains.

Big-hitting American Gary Woodland loved it so much that he refused to play in the 2012 tournament upon hearing SilverRock was no longer being used as one of the rotation courses in the event.

Bubba Watson turned the 7500-yard layout into a pitch-and-putt course when flying round in 62 shots during the second round of the 2010 Bob Hope Classic.

Another Californian classic from Palmer.

The views at Pebble Beach and Cypress Point may carry the weight of the golf-loving region, but the closing hole at Half Moon is every bit as appealing, pictured above.

The rest of the course has more of a parkland feel, but the par-4 18th towers on a bluff high above the Pacific Ocean. 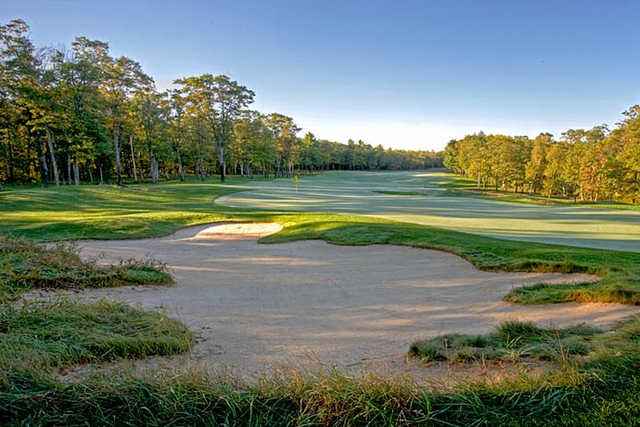 Named after his father Deacon, this one is regarded as one of Palmer's favourites.

Deacon's Lodge skirts the Shaffer, Lynch and Douglas lakes for an endless loop of wetland challenges.

The course combines the incomparable beauty of surrounding lakes, woods and wetlands with a nationally acclaimed layout meticulously built to exceed expectations.

A truly gorgeous golf course, just like the remaining 300-plus he clasped hands on.