UK's longest golf hole is REVEALED - what score would you make?

Orkney island of Westray claims to have the longest golf hole in the United Kingdom... 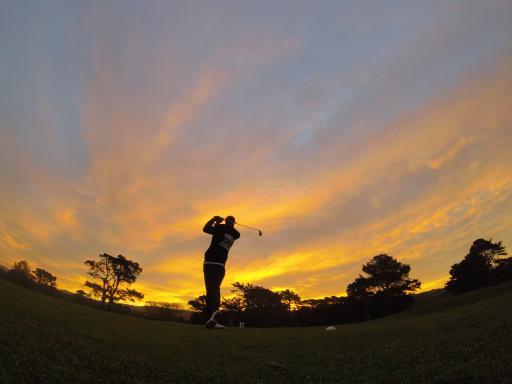 The Orkney island of Westray claims to now be the proud owner of the longest golf hole in the United Kingdom with its beastly 738-yard par-6 hole.

According to a BBC report, the demanding par-6 3rd hole at the 9-hole Westray course now narrowly topples the previous record set by West Midland GC in Solihull, which stands at 725 yards.

Former captain of the club and now one of the greenkeepers there, Bill Turnbull, has told the BBC that the hole is very much a challenge for golfers but that good scores can still be made if you keep your ball in play.

"It can be parred, it can be birdied," said Mr Turnbull.

"There are a couple of members who have birdied it. On a windy day a bogey is a good score.

"A wee golf ball just gets affected by the wind, even on the green the ball will sit and move a wee bit in the wind.

"It's just about trying to get people to come here and play the long hole. It is a great facility for the island."

While not quite in the league of the longest hole in the world - believed to still be the demanding 964-yard par-7 hole at Satsuki GC in Japan - Westray, which has a small population of around 600 people, is very much proud of its achievement.

With the coronavirus pandemic now preventing many people's plans for a holiday abroad, Westray has plans in place to publicise its venue to the masses with a slogan that reads: "Take the world's shortest flight and play the UK's longest hole."

The BBC states: "The 1.7 mile leg between Westray and Papa Westray should take two minutes, but can be done in 47 seconds if the wind helps."