Drive for show at Castle Combe! 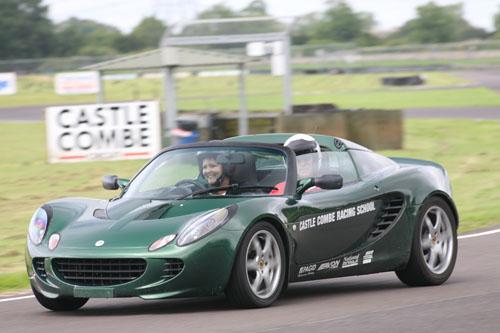 Golfers who visit the prestigious Manor House Hotel and golf course in Wiltshire are now being offered the chance of an exhilarating drive in a racing car on the nearby Castle Combe circuit where F1 drivers Nigel Mansell and David Coulthard have both competed.

It is a feature that that has been added to a stay at the resort and has already proved a major attraction for golfers who rank it among the top 50 stay-and-play complexes in Britain.

The 60-year-old Castle Combe circuit has a distinguished record of winners including the legendary Stirling Moss as well as motorcycle champions Barry Sheene, Mike Hailwood and John Surtees.

Hotel guests have the choice of driving a high powered competition cars from Formula Ford to Lotus Elise with the chance to include skid pan training. The half-day programme costs from £160 and consists initially of a lecture on basic aspects of racing techniques, introductory laps with a supervisor and a timed solo run.

A Manor House golf and driving package includes the  opportunity to play the tree-lined championship golf course designed by Peter Alliss in 365 acres of breathtaking Cotswold countryside ten minutes from the M4 motorway.