The curtain raiser for the European Tour's flagship event gets underway with the celebrity pro-am. 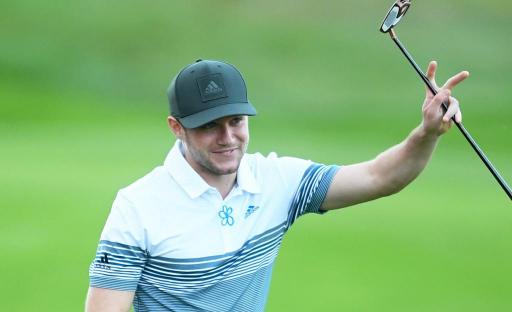 The BMW PGA Championship at Wentworth Club gets underway this week.

And its ever-popular pro-am is back with some star-studded names that include Hollywood A-listers playing alongside elite golfers.

It is the traditional curtain-raiser for the flagship event and Spiderman star Tom Holland will swing into action.

Holland is a dab hand and plays off 5.4, while other celebs include former football manager Harry Redknapp who is playing off 18.

The brand represent dozens of players across a number of different tours.

RELATED: WHY YOU SHOULD PLAY CALLAWAY CHROME SOFT BALLS

Horan, who plays off a handicap of nine, said: "I've sung in front of thousands of people, performed concerts all around the world, but when you hear your name called out on the first tee at Wentworth, and you step out in front of that crowd onto the tee box...it's nerve-wracking!

"We’ve done okay over the years though - I think we’ve won it twice – and it’s pretty cool getting to play with the pros.

“It's a proper family day out and a great atmosphere before the actual tournament and serious stuff kicks off.

"The celebrity turnout is amazing. You have all sorts of actors, singers, sports stars and TV personalities. I just love it. It’s my home club and it’s always a great day.”

These are the handicaps of all the amateurs taking part.

It seems some former professional sports stars have been spending a lot of time on the fairways since their retirements.