DP World Tour confirms the Commercial Bank Qatar Masters has been postponed until Spring as a replacement event is named. 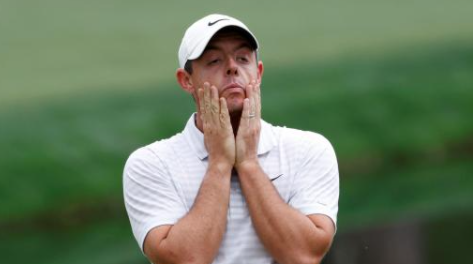 The DP World Tour has confirmed that the Commercial Bank Qatar Masters has been postponed until later this Spring and it will be replaced by a second $2 million tournament in Ras Al Khaimah.

The Qatar Masters was scheduled to take place from February 10 to 13, but it will now be replaced in the schedule by the Ras Al Khaimah Classic.

This new event will follow the Ras Al Khaimah Championship Presented by Phoenix Capital (February 3 to 6), with both DP World Tour events teeing up at the beautiful Al Hamra Golf Club.

These back-to-back tournaments in Ras Al Khaimah mean the circuit's Middle East swing remains at four events, with the Ras Al Khaimah double-header preceded by the first two Rolex Series events of 2022 - the Abu Dhabi HSBC Championship, which takes places this week at Yas Links, and the Slync.io Dubai Desert Classic next week on the Majlis Course at Emirates Golf Club.

Collin Morikawa, who won the Race to Dubai last year, and Rory McIlroy headline this week's field in Abu Dhabi.

GET ALL THE LATEST NEWS ABOUT THE DP WORLD TOUR HERE

The DP World Tour is the main men’s professional golf Tour of the European Tour group, with a global schedule featuring a minimum of 47 tournaments in 25 different countries across the 2022 season.

Formerly known as the European Tour, which was established in 1972, the 2022 DP World Tour schedule includes five Rolex Series events, along with four major championships, two World Golf Championship events and three tournaments co-sanctioned with the PGA Tour, as well as tournaments staged around the world with a minimum prize of $2million for all events solely sanctioned by the DP World Tour.

DP World, the leading provider of global smart end-to-end supply chain and logistics solutions, is the title partner of the DP World Tour, which is administered by the European Tour group.

BETTING TIPS: FIND OUT WHO GOLFMAGIC ARE PICKING FOR THE ABU DHABI CHAMPIONSHIP