We have our selections this week for both the DP World Tour stop at the Abu Dhabi HSBC Championship and the PGA Tour event at The American Express. 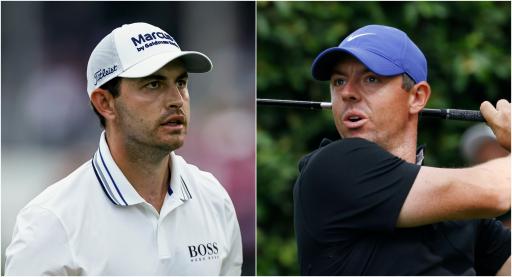 This is the first week of 2022 where the PGA Tour and the DP World Tour are back in full swing and they are certainly two mouthwatering events to view.

The American Express is an extremely unique event that uses more than one course. This year, it will feature the PGA West (Stadium Course) La Quinta Country Club and the PGA West (Nicklaus Tournament Course).

As for the Abu Dhabi HSBC Championship, a stellar field is set to tee it up on Thursday at Yas Links including The Open champion and Race to Dubai winner Collin Morikawa.

Tyrrell Hatton won this event last season by four shots. A number of previous winners such as Tommy Fleetwood, Lee Westwood and Shane Lowry are also in the UAE this week too.

Patrick Cantlay won four times last season and he finished fourth at the Sentry Tournament of Champions earlier this month to kick off 2022 in solid fashion.

So far, Corey Conners has made four cuts in four events this 2022 season and last week, he finished 11th at the Sony Open in Hawaii. 25/1 seems a very generous price.

Scottie Scheffler has been on the brink of his first PGA Tour win for some time. In the early part of this 2021/2022 PGA Tour season, he already has three top-5 finishes.

Si Woo Kim is the defending champion of The American Express and 70/1 seemed very steep. As well as winning his third PGA Tour title last season, he also finished runner-up at the Wyndham Championship.

RELATED: TIGER WOODS COPIED ME AND NOW YOU THINK IT'S COOL | KEVIN NA ON WALK-IN PUTTS

Rory McIlroy won his 20th PGA Tour title at the CJ Cup at the end of 2021. He was arguably not at his best then and a break over Christmas could help him perform in Abu Dhabi.

Tommy Fleetwood has won this tournament twice already and he finished tied 27th at the DP World Tour Championship in Dubai back in November.

Tyrrell Hatton returns as the defending champion to the UAE. He has won six times on the DP World Tour and four of these have come in the Rolex Series.

Garrick Higgo was almost crowned PGA Tour Rookie of the Year in 2021. The young South African has won in America and three times on the DP World Tour.