Some of the biggest names in golf will play together for the opening two rounds of the Saudi International at Royal Greens Golf & Country Club. 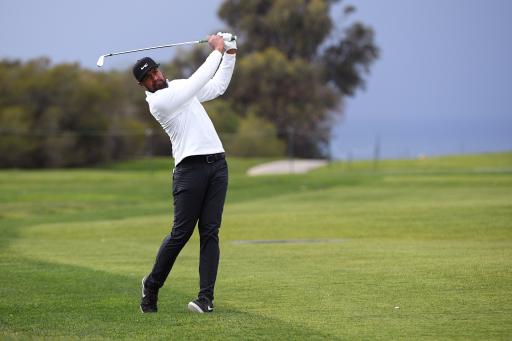 Golf fans will be treated some fantastic groupings for the opening two rounds of the Saudi International this week, as a few of the USA's biggest stars switch over to the European Tour for the controversial event.

World No.1 Dustin Johnson will be making his second start of 2021 and after finishing just two shots behind winner Graeme McDowell in last year's event, the Masters champion will be feeling confident of another strong performance in Saudi Arabia.

Johnson will spend the opening two rounds alongside Race to Dubai winner Lee Westwood and in-form Englishman Tyrrell Hatton, who won the Abu Dhabi HSBC Championship a few weeks ago.

Reigning US Open champion Bryson DeChambeau has also made the switch to the European Tour this week and the 27-year-old will play with tour veteran Justin Rose and Ryder Cup hopeful Matt Wallace.

Sergio Garcia will be looking to continue his recent form at a tournament he typically performs well in and the Spaniard is part of an exciting group with Open champion Shane Lowry and world No.15 Tony Finau.

Tommy Fleetwood, who is without a win since the 2019 Nedbank Golf Challenge, tee it up on Thursday and Friday with Bernd Wiesberger and Phil Mickelson, who is still aiming to be a part of Steve Stricker's Ryder Cup side at Whistling Straits.

Patrick Reed, whose victory at the Farmers Insurance Open last week was surrounded in controversy, plays with a veteran of the European Tour in Henrik Stenson, as well as the future of the tour in Rasmus Hojgaard.

Defending champion McDowell will start his title defence with Paul Casey, who recently revealed why he has changed his mind about the Saudi International and Robert MacIntyre, another player with Ryder Cup ambitions.

Check out the full list of groups and tee times for the Saudi International here.

NEXT PAGE: Paul Casey reveals why he changed his stance on Saudi International appearance