Paul Casey was completely against playing in the Saudi International two years ago, but tees it up with some of the biggest names in golf this week. 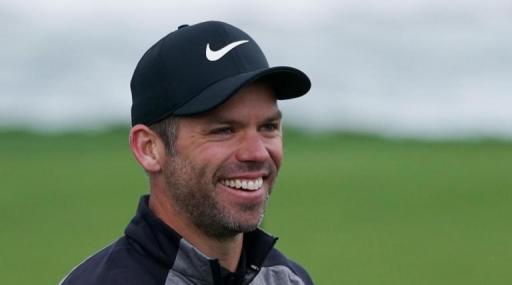 The Saudi International is the European Tour's most controversial event, with some players refusing to play due to the political complications surrounding the country, whilst others are able to look past that and play in the tournament, which offers some pretty jawdropping appearance fees for the world's top stars.

In 2019, Paul Casey spoke out against the tournament and explained that because of his ties with charity UNICEF, playing in the Saudi International didn't "sit well" with the Englishman.

“It just didn’t sit well with me,” said Casey in March 2019. “I’ve not talked too much about it and I’m not sure I want to, but certainly signing a deal and being paid to be down there … I would be a hypocrite if I did that. Anybody who says sport isn’t political, that’s rubbish. Sport is very political. I’m glad I took a stance, more so if it highlights the issues within the region, especially next door in Yemen. I’ve seen the numbers. In Yemen, 22 million people are facing starvation, 11.5 million of them kids. I didn’t want anything I do to get in the way of a great organization like UNICEF.”

In November 2020, Casey committed to playing in the Saudi International, after hearing more about Saudi Arabia's vision for the future and how they aim to improve in areas they were once slammed for in the past, such as equality.

“This is not a decision I’ve taken lightly,” said the 43-year-old when committing to this year's event. “I wasn’t comfortable going in the past, but I have always been open-minded and willing to learn. I believe sport has the power to affect change. I’ve listened to the Saudi’s commitment to this and their vision for the future. They have successfully hosted two professional ladies tournaments, which shows that Golf Saudi have big plans not only for professional golf, but more so for grassroots and the next generation.”

Joining Casey in the field this week are some of the biggest names on the PGA Tour, including world No.1 Dustin Johnson, reigning US OPen champion Bryson DeChambeau, Tony Finau, Phil Mickelson and recent Farmers Insurance Open winner Patrick Reed.

The European Tour's top stars are also in action, with Tommy Fleetwood, Tyrrell Hatton, Sergio Garcia and many more teeing it up at Royal Greens Golf & Country Club.

RELATED: Our expert betting tips for the Saudi International

Speaking to the media ahead of the event, Casey - who won his 15th European Tour title last week - revealed why he has changed his mind on the Saudi International.

“A couple of years ago, was that I think I was a little bit torn,” he said. “I’m a father. I’ve got two kids. Because of my charitable ties with UNICEF, I felt that it was not right for me to play. But I’ve spent the last two years thinking about that a lot. I’ve learned an awful lot. I’ve read an awful lot. And one of the things that I was flat-out wrong on was that UNICEF is not a political organization. Their focus is purely on the vulnerability of children around the world. That’s my focus with my charitable views and endeavors.

“And so I was reminded that if you stay away, if you don’t engage, if you don’t talk, if you don’t visit, then you’re merely hardening positions,” Casey continued. “Engagement and inclusion is really what it’s all about. Things are not black and white. It’s very much a grey area. There’s not a country on the planet that meets every single rights of a child, not a single country on the planet. And so all you can hope for is that a country is on a path towards meeting as many of those as possible. This country is making progress. That’s all I can hope for. I felt that if my participation this year can assist in that process and if that can make a difference, then that’s something important. So I will hold my hand up and say that the position I had two years ago was probably not the right position to have. And so that is why I am here.”