Is Harry Maguire's golf swing better than his defending for Manchester United? 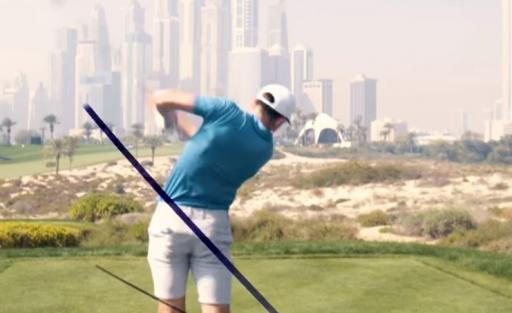 Maguire has been given some time off by United interim manager Ralf Rangnick as the Red Devils are not in action again until their FA Cup 4th Round tie against Middlesbrough at Old Trafford on Friday February 4.

The England defender was playing alongside Everton and England keeper Jordan Pickford, and Liverpool players Alex Oxlade-Chamberlain and Andy Robertson.

Maguire posted some snaps on his Instagram page of him mingling with both Rory McIlroy and Lee Westwood ahead of this week's DP World Tour event in Dubai.

DP World Tour's Instagram page stuck up a post of all of their swings on the iconic par-4 8th tee, one of the most scenic shots on the Majlis Course.

Maguire's swing is up first, followed by Robertson, Pickford and Oxlader-Chamberlain.

Here's how golf fans reacted to their swings:

"Thought Maguire was putting with that stance."

"Harry's swing is tough to watch like some of his defending."

"Maguire almost as s*** at golf than he is at football."

"Pickford is a single digit for sure."

"Four pretty solid strikes right there... Maguire's stance is a shocker though!"

"They should televise the Pro-Am on Sky, would be class."

"Nice to see Robbo is a slinger."

"Someone needs to tell them aim more to the left."

NEXT PAGE: PATRICK REED HITS BACK OVER HIS TORREY PINES "CHEAT" CONTROVERSY