Jon Rahm has offered his thoughts on how he views his 2022 after the second round of the DP World Tour Championship in Dubai. 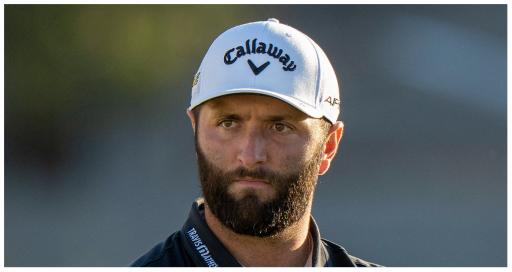 Jon Rahm admitted he's grown tired of hearing he's had "an off year" despite conceding his frustration at not being more competitive at the majors.

Speaking after his second round of the DP World Tour Championship - where he carded 66 on the Earth Course at Jumeirah Golf Estates - the former World No. 1 admitted the high standards he sets himself has perhaps changed the perception of where he is at.

Rahm won twice in 2022. He won the Mexico Open on the PGA Tour and he also joined Seve Ballesteros in becoming only the second player to win his home Open three times.

He said there has also been some huge life changes, too, that have also had an impact on his performance on the course.

That's not what you expect to see from Rahm. Even he admitted that in three majors this year he was "non-existent".

Rahm told the media in Dubai when asked how he would assess his 2022:

"Well, I got pretty tired of hearing 'you're having an off-year.' Maybe the standard I've set has gotten you guys used to seeing me win more often, or at least having the chance to win more often.
"It wasn't a bad year, two wins and a lot of top-10s. The one thing I think that would have made it better for myself at least would have been having a chance at majors. U.S. Open I was there, but for the other three I was nonexistent. To be there on Sunday, at least having the chance would have made it a little better."

"Plus you've got to think, I'm not making an excuse here, but you've got to think, [we are] new parents, [and we] moved to a new house, got pregnant with our second, [there are] a lot of changes going on in the household and my lifestyle just trying to get used to it. [We] went from zero kids to two kids in 15 months. That's quite a bit of a change.
"I think based on everything that even everything that's very positive in my life and everything that's been going on in the year, nothing to complain about. Obviously I would like it to be better but I think all of us would take what I did this year as a bad year."

Next page: Nine players who went back on their word about LIV Golf