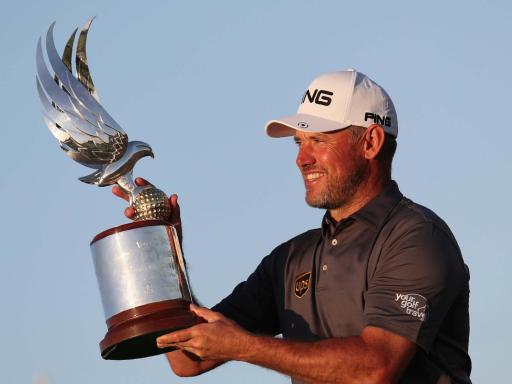 The Englishman has now won European Tour events in four different decades, his first victory coming back in 1996 at the Volvo Scandinavian Masters.

Westwood shot a five-under round of 67 on Sunday to finish 19-under par for the tournament, two shots ahead of a three-man chasing pack, Tommy Fleetwood, Victor Perez and Matthew Fitzpatrick.

The 46-year-old made six birdies during his final round and carded just a single bogey en route to his first victory since winning the 2018 Nedbank Golf Challenge.

Speaking to Sky Sports after his round, Westwood was full of emotion and proud to prove he's still got what it takes to win.

Victory for Westwood has shot him up to 29th in the world rankings, sealing a spot in the upcoming major tournaments, while it also puts the European Tour veteran at the top of the Race to Dubai standings.

"I had a little slip at 16 but I hit some good shots coming in," Westwood told Sky Sports.

"It's been a good week. I am just really happy the way I controlled myself.

"I wasn't paying attention to other people, I was just trying to control my emotions."

The win in Abu Dhabi has also given Westwood a huge chance at qualifying for this year's Ryder Cup at Whistling Straits, although the idea didn't seem to be in Westwood's plans for 2020.

"I'm not sure I can take anymore Ryder Cups," said Westwood. "Played ten and it was good watching the lads last time, but you know  obviosuly if there's a chance of that then I might as well go for it."

During Sunday's final round, Italian Francesco Laporta - who went on to finish T17 - had arguably one of the worst plugged bunker shots in European Tour history. Check it out for yourself below: