Oliver Fisher shoots European Tour's first ever round of 59 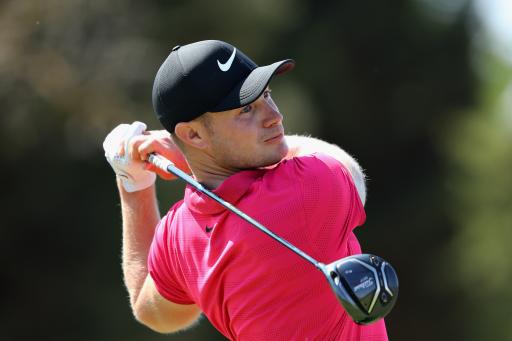 Oliver Fisher has become the first player in European Tour history to shoot a round of 59 in the 46-year history of the Tour.

Fisher, 30, carded a scintillating 12-under 59, featuring 10 birdies and an eagle, on day two of the Portugal Masters on Friday morning at Dom Pedro Victoria GC in Vilamoura.

The man from Chingford moves to the top of the leaderboard as things stand on day two at 12-under par.

He has one European Tour title to his name thus far, coming at the 2011 Czech Open.

Prior to today, 19 players had shot a round of 60 on the European Tour - most recently Brandon Stone in the final round of the Scottish Open this year.

Peter Uihlein (Alfred Dunhill Links Championship at Kingsbarns) and Scott Jamieson (Portugal Masters at Oceanico Victoria) both shot a low-round of 60 in 2013.

David Llewellyn was the first player on the European Tour to shot a 60, when he carded one at the AGF Biarritz Open in 1988.