Paul Lawrie has confirmed that this week's Aberdeen Standard Investments Scottish Open will be his last appearance at a regular event on the European Tour. 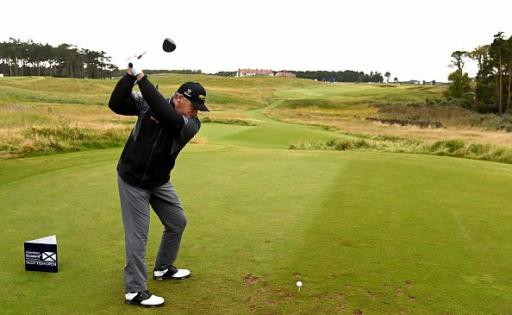 Tributes have been made to celebrate Paul Lawrie's fantastic career after the Scot announced that this weeks Aberdeen Standard Investments Scottish Open will be his last appearance at a regular European Tour event.

Lawrie has made 620 starts on the European Tour, claiming eight victories along the way, including his most famous win at the 1999 Open Championship when he lifted the Claret Jug at one of the hardest golf courses on the planet, Carnoustie.

The 51-year-old will hold exemption to compete at the Open until he is 60 and Lawrie plans on continuing to play competitive golf on the Legends Tour.

"There are a lot of factors, the main one being that I don't feel I can be compete week in, week out at this level," Lawrie said after shooting a 2-over par round of 73 to get things underway at the Renaissance Club.

"I'm really busy off the course and I'm enjoying doing that stuff more than I am actually playing at this level. I'll play seniors. I'm not going to stop playing completely, but this will be my last European Tour event.

"I turned pro when I was a five handicap, so I never thought I'd play any European Tour at this level, so to play 620 is pretty cool."

Lawrie has struggled with injury in recent years, another reason as to why he wants to call it a day on the European Tour.

"The other reason for doing it is my back is obviously not very good," Lawrie added. "I've got a herniated disc in my back and really struggle to practice.

"I struggle to play more than a couple days in a row, so week in and week out travelling, I just can't do it. More to the point, I don't really enjoy it anymore, the travelling part of it, either. No way of getting past that.

NEXT PAGE: PGA Tour fans will return at Bermuda Championship in October