Finau finished runner-up once again, this time on the European Tour at the Saudi International where world No.1 Dustin Johnson claimed the trophy. 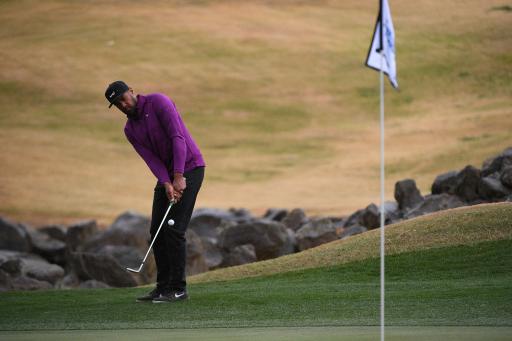 Tony Finau is feeling positive after posting another top 10 finish on the European Tour's Saudi International and the world No.14 believes his next professional victory is "bound to happen".

The American hasn't won since claiming his maiden PGA Tour title at the 2016 Puerto Rico Open and despite numerous close calls, Finau has failed to add to his win list.

Despite being one of the most consistent players in professional golf right now, some golf fans have started to believe that Finau will never win again, due to his inability to find that extra gear in a final round.

Finau was always chasing Johnson at the Saudi International, so it was far from a missed opportunity for the 31-year-old and he is taking nothing but positives from another impressive performance.

"It's nice to have the game in a good place early in the calendar year and get some confidence from that," Finau said. "It was good going toe-to-toe with him [Johnson] down the stretch and I don't think it will be the last time we're going to run into each other.

"I was happy I was able to make a run there in the middle of the back nine. Unfortunately, a couple of bogeys coming in, but I know how well I'm playing and I've got to just keep positive.

"If I keep playing at a high level and give myself a chance to win, I just know it's bound to happen. I think I've got to keep encouraged and as I mentioned, it's really, really early in the calendar year. I'm just happy that I've got a few solid rounds under my belt early in 2021."

NEXT PAGE: Brooks Koepka reveals there were "tears and pain" throughout injury crisis