Brooks Koepka reveals there were "tears and pain" throughout injury crisis

Koepka admits he questioned whether he would ever be the same again after suffering with a knee injury for over a year. 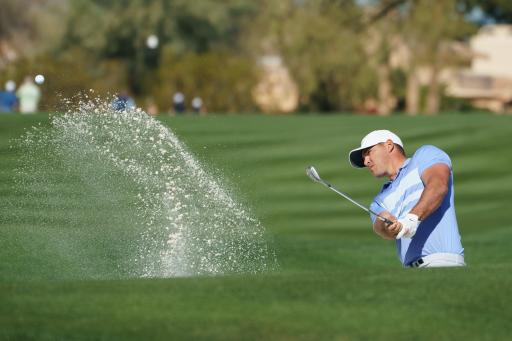 Brooks Koepka has revealed that he questioned of he would ever be the same again after his knee injury continued to cause "tears and pain" no matter how much work he and his team put in on fixing the issue.

The four-time major winner claimed his 8th PGA Tour title at the Waste Management Phoenix Open on Sunday and his first since the 2019 FedEx St. Jude Invitational.

Koepka was flying high as world No.1, before a knee injury caused him to withdraw from the CJ Cup and led to multiple missed tournaments and a fall in the world rankings.

Surgery was needed to repair a partially torn patella tendon in his left knee, but more injury problems were soon to follow with further damage to his knee and hip.

Koepka underwent stem cell therapy which caused him to miss the US Open at Winged Foot in September, but the 30-year-old said last month that he finally feels fit and healthy once again and was ready to get back to his best.

It didn't take long for Koepka to do exactly that, with a closing 65 at TPC Scottsdale leading to his first victory of the year and speaking after his round, he went into detail of how damaging his injury was not just physically, but mentally too.

"My knee, no matter how much work and pain I was doing with Derek Samuel, my trainer, it just felt like it wasn't progressing. And that's the frustrating part, when you feel like it's not going anywhere.

"But we stuck with it. Those dark places, a lot of tears, questioning yourself, and in dark places mentally. You've got to come out of that. I spent so much time in La Jolla with Derek where I kind of used it as refresher to reset things.

"I'll tell you what, it takes a lot of effort just do get out of those places."

Koepka said that one of his lowest points came at the Memorial Tournament in July last year.

"I was being told that my knee was still the same. The frustration of just trying to play and knowing I'm not myself, knowing I'm not even close to what I'm capable of doing, I can't compete," he added.

"I've done that a couple times where I tried to play through. I guess that's the heart. I just don't like to quit. Just battle through it and I figured it would go away, to be honest with you, and I was completely wrong."

NEXT PAGE: How much Brooks Koepka and the rest won at the Waste Management Phoenix Open