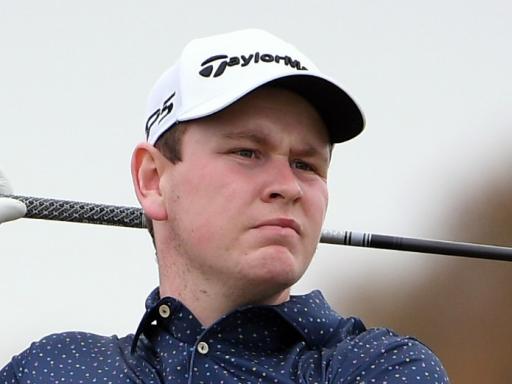 Robert MacIntyre has been forced out of this week's Irish Open as a result of being tracked and traced following his return flight from the US Open last week.

MacIntyre, who finished in a tie for 35th at Torrey Pines, took to social media to reveal his frustrating news, meaning he will not get to compete against the likes of Rory McIlroy, Shane Lowry and Tommy Fleetwood this week.

Unfortunately I have had to withdraw from @DDFIrishOpen this week due to having been tracked and traced following my return flight from #UsOpen last week.

"Unfortunately I have had to withdraw from the Irish Open this week due to having been tracked and traced following my return flight from last week," tweeted the 24-year-old Scot.

"We all know you have to respect the rules at the moment and wish whoever tested positive a safe a speedy recovery."

"Unlucky Robert , but use it like Jon Rahm did to get a result the following week," tweeted one of MacIntyre's followers.

"I think a lot of fans are looking at you as a potential Ryder Cup pick. Good luck for the rest of the season."

MacIntyre has been enjoying a successful couple of years on Tour with a maiden victory arriving in Cyprus at the end of last year, and he has followed that up with a number of impressive performances including a tied 12th at The Masters and solo third at the Dubai Desert Classic.

As a result, MacIntyre, who has progressed nicely to 51st in the Official World Golf Rankings as it stands, is firmly in the mix to receive a wildcard pick in Padraig Harrington's European Ryder Cup side this September.

The PGA Tour has this week confirmed that all on-site Covid-19 testing will be discontinued at the 3M Open from July 22, but there has been no update from the European Tour as it stands.