Rory McIlroy confirmed to compete in the BMW PGA Championship

Rory McIlroy will return to Wentworth on the DP World Tour for the first time since 2019. 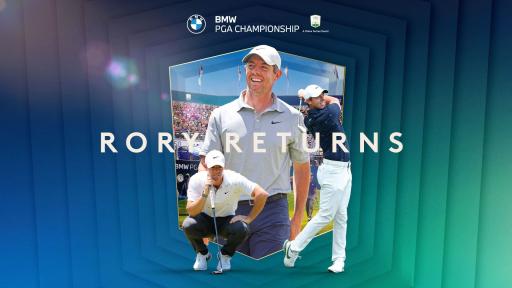 Rory McIlroy will return to the BMW PGA Championship for the first time since 2019 when the Northern Irishman tees it up in search of a second career victory at Wentworth Club and a maiden Rolex Series title.

The four-time Major winner has an enviable record at the BMW PGA Championship, boasting one win in 2014, a runner-up finish in 2018 and a top five finish way back in 2009, and fans can buy tickets to see his return to Wentworth here.

McIlroy has enjoyed a strong run of form in 2022 and will arrive at the prestigious Surrey venue having added a 21st PGA TOUR title to his CV at the RBC Canadian Open last month, while he also finished runner-up at April’s Masters Tournament and third at the Open Championship.

His Rolex Series record thus far this year also makes for impressive reading as he finished third at the Slync.io Dubai Desert Classic after claiming a share of 12th at the Abu Dhabi HSBC Championship.

“I look forward to competing again at the BMW PGA Championship,” said McIlroy. “It’s an event I always love playing – the West Course has been good to me in the past, and the fans are incredibly supportive.

“I’ve had a consistent year so far and having a chance to win again at the iconic Wentworth would help my season long campaign.”

Every year, the BMW PGA Championship provides one of the highlights of the British sporting summer, with its mix of world-class golf, live entertainment from internationally-renowned music acts and an unrivalled atmosphere in the vibrant Spectator Village.

This week, it was announced that British rock superstars Razorlight will join Jax Jones, the Grammy and Brit-nominated multi-platinum selling artist, as headliners for the Slingsby Showstage on Sunday and Saturday, respectively.

The week’s action will begin with the Tuesday Practice Day, before the star-studded Celebrity Pro-Am brings together global celebrity superstars and some of golf’s most famous players in a fun-filled curtain raiser to the main event, the BMW PGA Championship, which tees off on Thursday September 8 and runs through to Sunday September 11.

The BMW PGA Championship takes place less than an hour from central London with a range of transport options available. In 2022, BMW group owners will once again receive preferred parking benefits as per previous years, and Park & Ride will be also available free of charge. Information and location on parking options will be available closer to the event.

Complimentary tickets for those aged 12 years and under are available upon purchase of an Adult ticket. Tickets can be purchased here.