Rory McIlroy CONFIRMED to tee it up at the Scottish Open 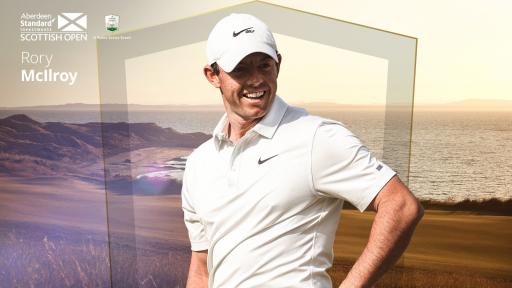 Four-time Major Champion Rory McIlroy will bring further star power to a world-class field assembling at the 2021 Scottish Open after confirming he will be one of five players from the top ten of the Official World Golf Ranking to tee it up at the Renaissance Club from July 8-11.

McIlroy will make his seventh appearance at Scotland’s national open - and his first since 2019 - as part of a star-studded line-up including World Number One and recent U.S. Open champion Jon Rahm, and the third, fourth and fifth ranked players, Justin Thomas, Collin Morikawa and Xander Schauffele.

Rahm, the current Race to Dubai Rankings in partnership with Rolex leader, will go in search of a fifth Rolex Series title when he makes his Scottish Open debut alongside fellow Major winner Morikawa and four-time PGA Tour winner Schauffele, while the 2017 US PGA Championship winner Thomas returns for a second appearance.

Leading the home charge will be Robert MacIntyre, the highest-ranked Scotsman in the world at 50 on the Official World Golf Ranking, while American stars Billy Horschel, Scottie Scheffler and Will Zalatoris are amongst the players making their debuts as the second Rolex Series event of the 2021 Race to Dubai takes it’s traditional slot in the week before The Open.