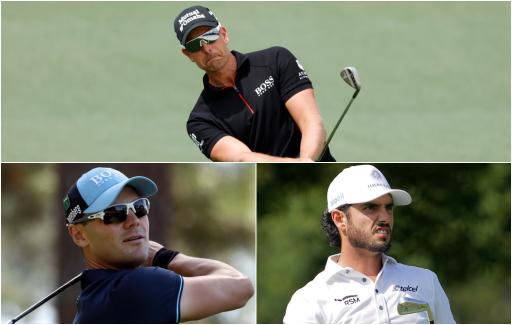 Major champions Henrik Stenson and Martin Kaymer and PGA Tour star Abraham Ancer are set to join the field at the Porsche European Open in June.

Paul Casey won the tournament in 2019, which was the Englishman's first win on the European Tour in five years. He has since added the Omega Dubai Desert Classic to his list of tour titles.

It will be Kaymer’s first appearance on the testing Porsche Nord Course on the outskirts of Hamburg, while Ancer and Stenson will make their tournament debuts.

"A strong field is always a good thing," said Casey.

"Having won so many titles, Martin is a superstar, especially in Germany. Contesting the last holes with him on Sunday, they're the moments we play for. The boys are my friends, but I'll obviously want to beat them."

Former World Number One Kaymer, who won the 2010 PGA Championship and 2014 U.S. Open, will be making his first appearance at the Porsche European Open since 2016, where he finished sixth, five shots behind eventual winner Alexander Levy.

The 2016 Open champion Stenson will make his debut at this event, ahead of hosting the Scandinavian Mixed the following week alongside Annika Sorenstam.

Ancer, who became the first Mexican golfer to play for the International Team at the 2019 Presidents Cup, will make his first appearance on Continental Europe.

"To say I'm thrilled is an understatement," said Ancer on entering the event.

"I'm looking forward to many new experiences, a challenging golf course and, as a car lover, to many spectacular Porsche sports cars."

The first professional to record a hole-in-one on the 17th hole on the Porsche Nord Course will win a Taycan Turbo S Cross Turismo, the first derivative of the electric sports car.

NEXT PAGE: PHIL MICKELSON ROLLS BACK THE YEARS TO LEAD AT THE WELLS FARGO CHAMPIONSHIP