Adam Scott: What's in the bag?

Take a look inside the bag of the Genesis Inviational 2020 winner. 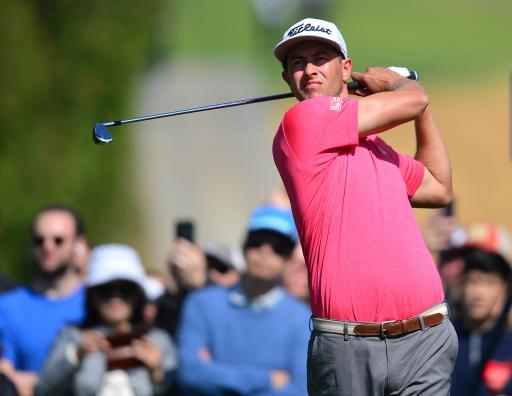 A classy final round from Adam Scott saw the Australian win his 14th PGA Tour title on Sunday, as he claimed the 2020 Genesis Inviational at Riviera Country Club.

Scott started the final round sharing a tie for the lead with Rory McIlroy and Matt Kuchar, who both failed to find any momentum in what proved to be a difficult final round in California.

"It's a place I've loved for many years and played well at a lot of times and to get an official victory here among one of the best fields we'll have this year feels very, very good.

Another Aussie wins on TOUR.

"It was a tough day but this is a tough course and when the pressure's on and it's a little windy, [being] out of position isn't good and I got myself out of position a couple of times, but there was enough good stuff in there to make up for it."

Scott wasn't lying when he said Riviera is a tough course, with multiple players making all kinds of mistakes throughout the tournament, including Ryan Palmer who finished the tournament 10-over par and was filmed by a spectator as he took five attempts to get out a bunker. Watch for yourself below:

Adam Scott - What's in the bag of the Genesis Invitational winner?

NEXT PAGE: How much every player won at the Genesis Invitational

genesis inviational
Adam Scott
adam scott witb
adam scott whats in the bag
Rory McIlroy
Ryan Palmer
Previous
How much every player won at the Genesis Invitational
Next
Adam Scott nearly wipes out the group in front with his driver!