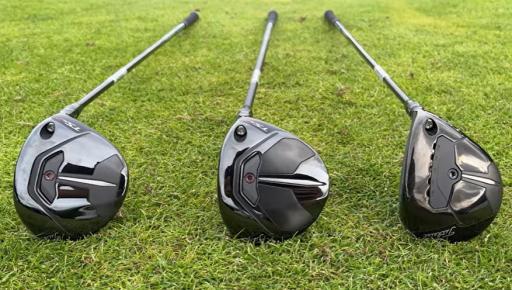 Titleist has launched the new TSR range of drivers and fairway woods, with the TSR drivers massively impressing us in one of our latest reviews.

There are three models in the new fairway woods: the TSR2, the TSR2+ and the TSR3. The TSR3 is certainly a more adjustable club, whereas the TSR2 and TSR2+ are more forgiving.

Titleist has positioned the Centre of Gravity in these woods lower than ever, making them extremely forgiving of off-centre hits. These clubs are an integral part of the Titleist Speed Project.

If we begin by comparing the looks of the new TSR wood and the old Titleist 910 range, they are both impressive. The 910 has turned into a classic model and it was extremely popular when it was released over a decade ago.

As the new TSR range is part of the Titleist Speed Project, increasing ball speed was the primary aim with this new release. When the 910 was manufactured, ball speed wasn't the aim of the game.

Despite the 910 being a degree lower than the TSR2, we found that in the studio at Silvermere Golf Club, the launch angle was lower and the shot distances were shorter too.

The TSR2 club went 10 to 15 yards further according to the statistics provided by the launch monitor. With Alex also being custom fitted for the TSR2 wood and not the old 910 model, this outlines the importance of refreshing your equipment and the process of custom fitting.

When you look at both clubs at address, the TSR2 fairway wood instils your confidence more so than the 910 design. The newer club has a larger, deeper face and it is far easier to hit.

It is no surprise that the TSR2 fairway wood produces greater performance than a much older model. However, it is fascinating to discover the differences in launch angle, distance and overall looks and feel.