Bernd Wiesberger - What's in the bag of the Scottish Open winner?

Take a look inside the bag of Bernd Wiesberger fresh off of his win at the Scottish Open. 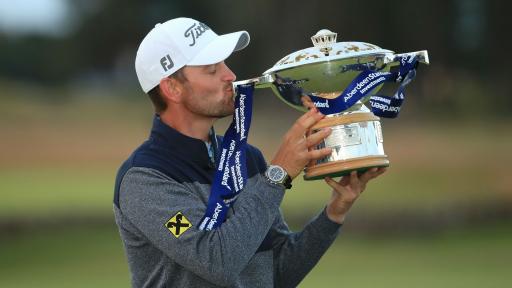 Bernd Wiesberger secured his sixth European Tour title on Sunday, beating Benjamin Hebert in a play-off at The Renaissance Club. Wiesberger, who headed into the final round with the lead, finished two under par, with Hebert storming through the leaderboard with a nine-under 62, leaving both players with a finish of 22 under par.

The first chance to win fell to Hebert on the first play-off hole, but the Frenchman missed his birdie putt. Hebert missed another chance as they played the 18th again, missing two more opportunities and both players finishing with a bogey.

At the third time of asking, Hebert missed once more, allowing Wiesberger to make a par and claim the Scottish Open.

"That was something different," said Wiesberger. "I've got to be grateful for how the week turned out.

"Benjamin had me on the first two play-off holes and that's somehow how golf goes. He's had a great week. I'm very appreciative of now standing here winning this tournament.

"I knew it was going to be the biggest tournament that I've been in a position to win, maybe just together with the PGA Championship a couple of years ago.

"I didn't hit my iron shots too well and struggled a little bit. I had to dig deep. You get your reward every now and then.

"I can't be in better spirits. I'm really looking forward to teeing it up in Portrush. We are starting all at zero next week at Portrush."

Hebert, England's Andrew 'Beef' Johnston and Italian Nino Bertasio, all qualified for the Open Championship at Royal Portrush after finishing in the top 10.

Bernd Wiesberger - What's in the bag?