Bubba Watson has won three times on the PGA Tour since returning to the Titleist Pro V1x in 2018. 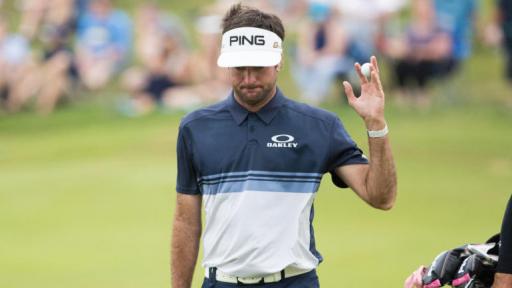 Bubba Watson is back playing the golf everyone knows and loves with three victories in the bank since February 2018 - and many people believe it's all down to one major equipment change.

Prior to his hat-trick of wins at the Genesis Open (February 18), WGC Match Play (March 25) and a third career Travelers Championship on Sunday, the two-time Masters winner had not won on the PGA Tour since Northern Trust Open in February 2016.

Watson made the switch to play a pink Volvik S4 golf ball in 2017, and many critics were quick to point to that equipment change as the main reason for hus disappointing 2017 campaign that resulted in just three top-10 finishes without victory.

Now back with a Titleist Pro V1x since the start of the 2018 (the brand of ball he has used for the majority of his golf career), Watson is sitting pretty at third in the FedEx Cup standings and back up to 13th in the world rankings.

But in the eyes of Watson, the golf ball has nothing to do with his resurgence in 2018.

“I don’t think it has had any role in my success,” said Watson, who is rumoured to have been paid A LOT of money to play a pink Volvik S4 ball in 2017.

“My clubs weren’t going the distance that I used to. I couldn’t shape it the way I want to. Luckily for me, I know the problem, and the problem was with health and not all these other things.”