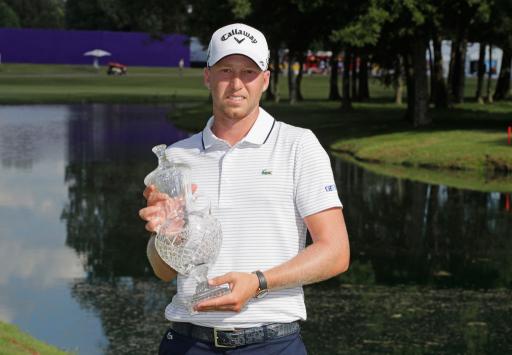 Berger started the final round three shots off the pace but carded a flawless final-round 66 to claim back-to-back wins in the tournament and his second career PGA Tour title.

The win vaults Berger from 43rd to 24th in the official world rankings as he heads into the second major of the season at the US Open.

The 24-year-old American signed a new deal with Callaway earlier this season and all because "more than anything else I wanted to play the new Epic driver."

Berger relied heavily on his driving in Memphis ranking second in the field in strokes gained off the tee (plus-4.612) and he averaged a solid 293.5 yards, ranking him tied 19th in the field.

Berger used a full bag of Callaway and Odyssey equipment.

DANIEL BERGER: IN THE BAG