Dustin Johnson: Do not mess with my weights or I'll be mad

That one time DJ got all protective over his TaylorMade M3 driver setup. 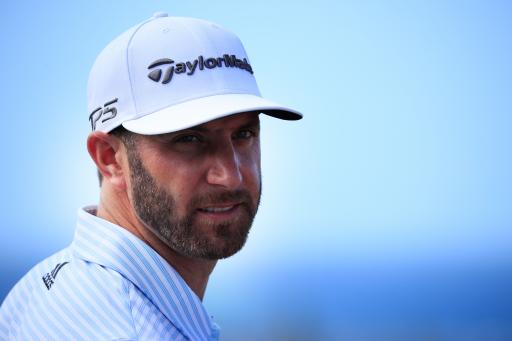 Dustin Johnson may have favoured TaylorMade's new M4 driver when trouncing his rivals at the Tournament of Champions, but it's anticipated the world number one will switch into the new M3 shortly - providing nobody has messed with his weight setup.

Johnson, who clinched his 17th PGA Tour title in Hawaii last week, had been tinkering with both the M3 and M4 drivers during the off-season but bagged the latter in 9.5 degrees at Kapalua due to receiving a flatter flight in the windy conditions.

DJ unleashing some bombs with the @taylormadegolf M3 in pre season testing. @djohnsonpga A post shared by GolfMagic.com (@golfmagic.com_) on Jan 11, 2018 at 9:00am PST

But the big-hitting American is expected to transition into the M3 in 10.5 degrees in the coming weeks on the PGA Tour.

When we caught up with Johnson during TaylorMade's launch event recently, we can reveal a funny, yet slightly awkward account, of the time the host for the day asked DJ's fitter to adjust the weights in his M3 driver to showcase the different settings and how the golf ball would react in each instance.

Johnson, however, was not comfortable about this at all.

It all seemed like a joke at first, but no, DJ was dead serious, expressing discomfort with any adjustment of his weight setup since it had all been dialed in correctly during extensive testing during the off-season.

We're paraphrasing here but DJ said... "Once I've got it setup, it's set for the season."

Yeah, but we can put it back for you DJ?

"Yeah I know, I'm just superstitious about it.

"If you move the weights and then when we move 'em back and it’s not performing the same, I’m gonna be mad."

Let's be honest, who is really going to argue with the world number one golfer, especially standing at 6ft 4in and weighing 190 lb.

WATCH: IS DJ'S DRIVE AT KAPALUA'S 12TH THE GREATEST OF ALL TIME?