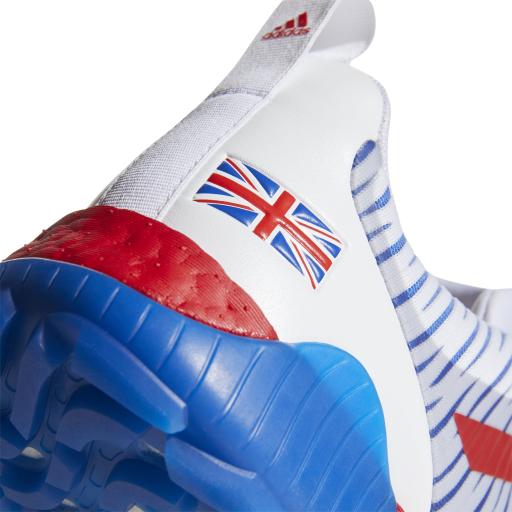 The world’s best golfers might have to wait another year to represent their countries at the Olympic Games, but adidas Golf is making sure golfers can start showing their pride on the fairways from today.

adidas Golf is launching limited-edition CODECHAOS 'Nations Pack' models that now give players the opportunity to represent their nation while they are out on the course.

Each model incorporates colours from their respective flags and are built on the latest CODECHAOS and CODECHAOS BOA silhouettes.

All colourways are unique, empowering players to be honorary members of each country's team until the world's best head to the Tokyo Games in the summer of 2021.

"In many parts of the world, golf is just starting to come back," said Masun Denison, adidas Golf's global footwear director.

"We hope this new footwear not only provides golfers with a unique way to showcase their pride, but also give them something to look forward to as their nations lift restrictions and are able to get back out on the course."

The five models of the CODECHAOS limited edition are:

> CODECHAOS - USA EDITION (available in the US, Europe, South Korea and Japan only)

Announced earlier this year, CODECHAOS changes the definition of what a golf shoe can be by combining an athletic style with the technology that every player needs.

The shoe is highlighted by the Twistgrip traction system, which was specifically designed based off data from heat-map studies on how players shift their weight throughout the swing. That means players always have the grip they need, exactly where they need it.

The upper provides enough stability for both the weekend golfer and the tour pro, while the waterproof material means golfers can head to the course in any conditions.

The new footwear is available today in the U.S. and South Korea, with select countries coming soon.

*Limited-edition models of the Nations Pack will be available in Canada on June 1 and in Japan on June 11. Models specific to Europe will be coming in June, so stay tuned for more details.