After months of speculation, Rose finally ends his equipment deal with Honma Golf after just one season... 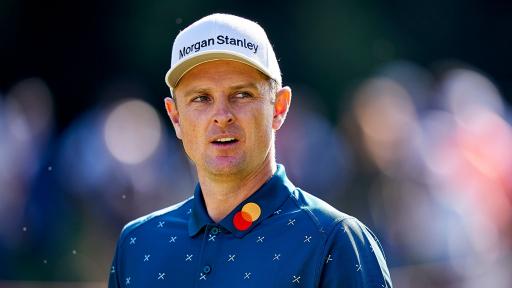 Justin Rose has officially split from Honma Golf after playing their equipment for just one season, it has been confirmed in a joint statement.

Rose had played TaylorMade clubs for the majority of his golf career but decided to transfer to Honma Golf in January 2019 in a bid to help get the Japanese brand on the map on the PGA Tour, but the deal has now been terminated after less than 18 months.

"For over a year, Justin worked closely with our team to help develop innovative and top­-performing lines of Honma woods and irons," said Honma Golf North America president John Kawaja.

"His pursuit of perfection, approach to product testing and feedback has produced great value to Honma."

Rose said: "I am hopeful that during our time of partnership, we have laid the groundwork for Honma to continue to expand their brand. We both feel it is the right time to pursue our own paths."

The initial  partnership seemed to work perfectly straight out the gate for Rose as he went on to win the Farmers Insurance Open just weeks after putting pen to paper with Honma Golf.

But then things gradually started going pear-shaped for the Englishman, who has now fallen from World No.1 to a current 14th position.

Eight top-10 finishes around the world since that win in January 2019 is nothing to be ashamed about, but it's Rose's recent form that has been a major cause for concern for someone so typically consistent, especially off the back of three missed cuts in his last four starts.

During the Honda Classic two weeks ago, rumours began to circulate that Rose was going to leave Honma after he removed his clubs in favour of TaylorMade clubs, and a couple of other branded clubs.

Rose and Honma confirmed their split this week, with Rose now becoming a free agent.