Jason Day is now a free agent in the equipment world, and it shows with his choice of golf clubs on the PGA Tour in 2022. 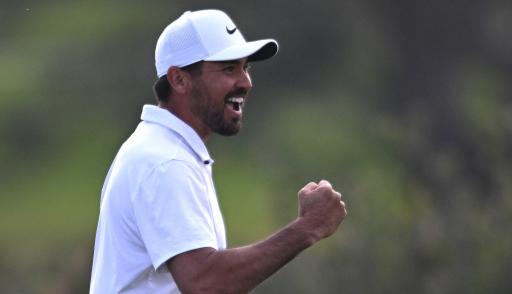 Jason Day once had the golfing world at his feet when he lifted the giant Wanamker Trophy at the 2015 US PGA Championship, shortly before going on to become World No.1 when landing the BMW Championship.

Fast forward seven years, Day is winless since May 2018 and has lost his contract with TaylorMade.

But despite becoming a free agent in the equipment world, Day, who remains in his Nike Golf footwear and apparel deal, is fighting back into the player we all know and love on the PGA Tour.

Day, 34, might be down on the 83rd rung of the world ladder right now, but here at GolfMagic we believe it's only a matter of time until he climbs his way back towards the top - at least on last week's evidence when going close for what would have been a third career Farmers Insurance Open at Torrey Pines.

The Australian spun a wedge into the cup for eagle at the 14th to pull level with leaders Luke List and Will Zalatoris, but unfortuntely two late bogeys derailed his charge and he had to settle for tied third.

Day now heads into this week's AT&T Pebble Beach Pro-Am where he has posted numerous top-10 finishes in the past, brimming with confidence and a fit bill of health for the first time in years.

He has been plagued with back pain on the PGA Tour, so much so he considered quitting the sport as a result, but Day admits he is feeling better than ever as he looks to get back to winning ways in 2022.

And he will do it with a mixed bag of golf clubs having now lost his deal with TaylorMade, who he had been sponsored by for the majority of his pro career.

Taking a look inside Day's fresh equipment setup, he is still using some TaylorMade clubs, but he's also got another four brands in there.

Day has a PING driver, TaylorMade 3-wood and irons, Titleist wedges, Odyssey putter and a Bridgestone ball that is also used by Bryson DeChambeau.

Will Jason Day get back in the winners' circle on the PGA Tour soon? What do you make of his bag setup? Have you got any of his clubs in your bag? Share your thoughts and comments over on our social media channels.