Could we be about to see a 3D printed putter being used on the PGA Tour? 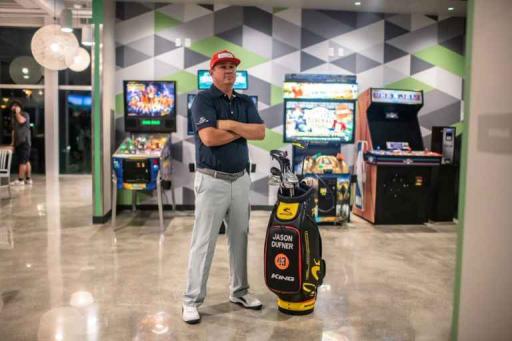 Jason Dufner has been spotted testing a Cobra 3D printed putter at Bay Hill, ahead of this week's Arnold Palmer Invitational.

The American signed with Cobra at the end of 2019, but has slipped dramatically in the world rankings and now finds himself as low as 359th and has failed to post a top 20 finish in a seriously long time.

Images of the putter were posted on the GolfWRX Instagram page and golf fans were quick to react to the post and share their comments on the 3D printed mallet.

TAKE A LOOK AT THE 3D PROTOTYPE BELOW:

"We are quickly moving to every player using the same putter with a different badge on it," said one golf fan.

"Good to see Cobra making a putter line, of any style. Been a long dry spell there. I like the ingenuity here," said another, who was pleased to see Cobra back in the putter game.

The putter that Dufner is testing is a prototype, but if it were released to the general public then it would be the second 3D printed putter produced by Cobra, who launched the Limited Edition Cobra King Supersport 35 earlier this year, which was the world's first commercial 3D putter and had been developed over the past two years in collaboration with COBRA engineers and the teams at HP and Parmatech.

We were able to get our hands on the Cobra King Supersport 35, so check out our review of the 3D printed flat stick here.