Jon Rahm is wearing golf shoes in 2021 that very few golfers have heard about!

Rahm switches to Callaway, TravisMathew and Cuater for 2021... 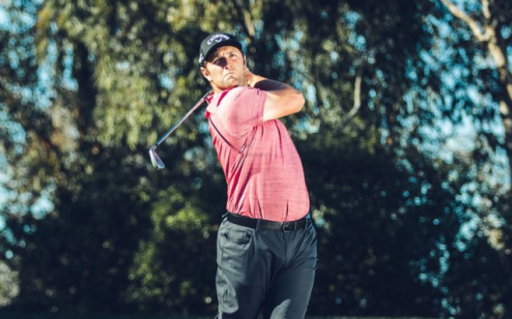 It may have been one of the worst kept golf equipment transfer secrets of all time, but Jon Rahm officially confirmed this week that he will be playing with Callaway golf clubs and wearing TravisMathew apparel on the PGA Tour moving forwards.

Rahm, the World No.2, had been a TaylorMade staff player ever since he landed on the PGA Tour several years ago but the Spaniard has opted to mix things up and become the new star man in the Callaway roster.

While the move certainly comes with a few risks involved, especially when you look at the struggles both Sergio Garcia and Justin Rose have endured recently after parting ways with TaylorMade, Rahm has quashed those particular notions by claiming he has already shot a round of 59 with his new Callaway clubs during a recent practice round.

On an apparel front, Rahm has chosen to slip on TravisMathew apparel in favour of his former adidas Golf clothing in 2021, and he has even decided to wear new Cuater golf footwear - the partner brand of TravisMathew.

GOLFMAGIC DEBATE JON RAHM'S MOVE TO CALLAWAY AND CONSIDER IT COULD BE A HUGE RISK TO HIS PGA TOUR CAREER. WATCH BELOW:

When it comes to new Cuater golf shoes, Rahm is expected to be wearing a combination of The Moneymaker and The Ringer shoes, depending on the type of underfoot conditions for each particular tournament.