It seems TaylorMade are close to revealing their latest driver, with both Tiger Woods and Rory McIlroy teasing golf fans on social media. 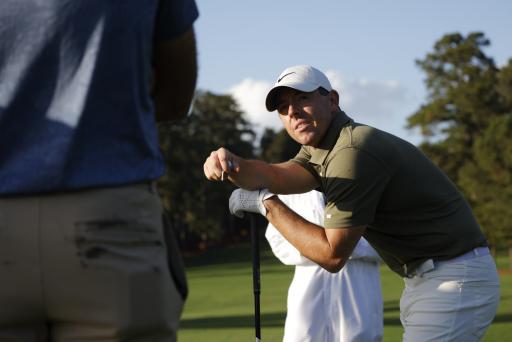 Tiger Woods and Rory McIlroy are nearing their return to the PGA Tour and it seems both superstars will be gaming a new TaylorMade driver when they next tee it up.

The two TaylorMade Tour players posted a video on their Instagram page, ripping a drive off of the tee along with the hashtag 'Beyond Driven' which will clearly be the message behind the latest driver.

Although we are given a glimpse of the new driver from TaylorMade, the brand has ensured that we can't see too many details as we eagerly await the anouncement.

Neither McIlroy or Woods will be playing in this week's Sentry Tournament of Champions in Hawaii, but it certainly won't be long until we see them in action.

McIlroy, who is currently ranked 4th in the world rankings, declined the opportunity to play in this week's event, but fellow TaylorMade stars Dustin Johnson and Collin Morikawa will feature in the tournament, with the World No.1 the favourite to win.

The Northern Irishman is considered one of the best drivers in the game and currently sits 3rd in the PGA Tour's Driving Distance statistics with an average of 322.7 yards, which he achieved used a TaylorMade SIM driver.

Woods - who has been using the same SIM model - may not possess the power of McIlroy with an average distance of 290.3 yards, but he impressed throughout the season with his control off the tee and his ability to find fairways when necessary.

We will be treated to a number of new drivers in the coming months, so it will be interesting to see what the PGA Tour's top stars have in their bags in 2021.

NEXT PAGE: Living and training like a young Tiger Woods for 24 hours