Kevin Kisner's charity and Barstool Sports have teamed up to raise funds and increase opportunities for the children of Aiken in South Carolina. 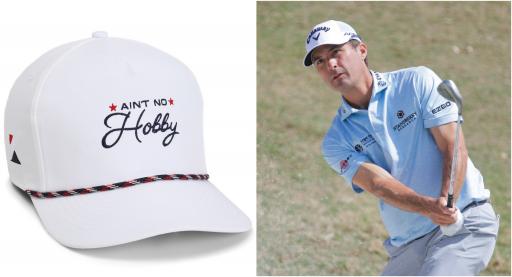 The Kisner Foundation has teamed up with Barstool Sports to sell "Ain't No Hobby" golf caps to raise funds for the PGA Tour star's charity.

The Kisner Foundation, run by Kevin Kisner and his wife Brittany, has a mission to build positive environments for children in Aiken, South Carolina.

Between 2016 and 2020, the foundation donated over $400,000 through 32 grants to organizations across the Central Savannah River Area such as the Mental Health America of Aiken County, University Hospital, Aiken County Public Schools and The Salvation Army.

Awwww shit!!!! Riggsy gets the go ahead on our little secret before I even hear about it. Let’s go people! @KizFoundation https://t.co/XpJuWgLAfx

"Awwww s***!!!! Riggsy gets the go-ahead on our little secret before I even hear about it. Let’s go people!" Kisner tweeted. The charity has three foundational features of education, health and sport.

Kisner was unlucky to bump into an in-form Scottie Scheffler in the final of the WGC Match Play last week. He lost 4&3 in his third final in four years.

The four-time PGA Tour winner beat Adam Scott, Will Zalatoris and Corey Conners on his way to the final. He won the WGC Match Play in 2019.