Canadian clubber took to the regular pro golf circuit in 2016. 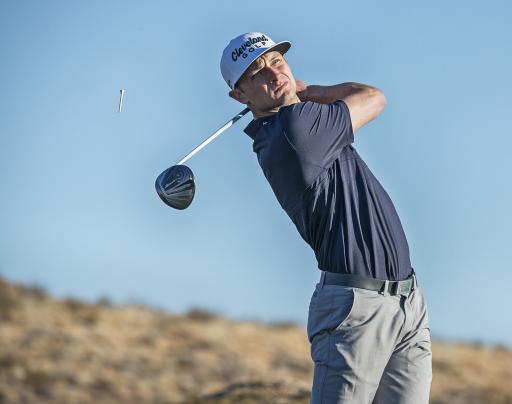 The two-time World Long Drive Champion Jamie Sadlowski has signed with Cleveland Golf to act as a brand ambassador.

“I’m thrilled to be joining Cleveland Golf as a global brand ambassador,” Sadlowski said. “As I begin my second year of professional golf around the world, I know the Cleveland Launcher HB Driver, along with the compliment of irons and wedges, will deliver the performance I am looking for.”

In 2016, he quit the long drive circuit to play professional golf, after making cuts on the Web.com Tour and winning a US Open qualifier.

He made his PGA Tour debut at the Dean & DeLuca Invitational where he missed the cut with rounds of 73 and 77.

With a refined swing geared towards competitive rounds, Sadlowski put together some impressive launch conditions with Cleveland’s Launcher HB Driver in his hands: ball speed of 190.3 mph, launch angle of 9.7°, spin of 2,454 rpm, carry distance of 343 yards
and total distance of 372 yards.

“With the Launcher HB driver, I know I will be able to drive the ball longer and straighter which is the key to my game,” Sadlowski said. “I’ve never been more confident in my golf clubs.”