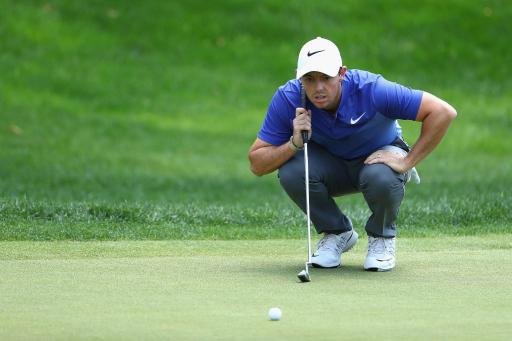 Rory McIlroy went through three new TaylorMade putters at the Travelers Championship, before eventually going on to shoot his lowest round of the PGA Tour season on Sunday.

McIlroy switched to the Spider Tour Red at the US Open, and after a dire display vowed to give it one more week at TPC River Highlands.

But following an opening 67, which he insisted should have been at least three shots better, and then a second-round 73, he swapped again – this time choosing from five models on the practice green before his third round – to a TaylorMade Mullen model.

The Northern Irishman went round in 70 shots with 33 putts, and out again came the flatstick's P45.

Next up, it was a blade from the TaylorMade TP range, and it duly delivered as McIlroy finished on the plus side in strokes-gained putting on his way to a 6-under 64 for a tied 17th finish.

“I’m right there with my ball-striking,” said McIlroy, who has been demoted to world number four following Jordan Spieth's 10th PGA Tour victory at the Travelers Championship.

“I missed one fairway, missed one green. Everything’s right there where it needs to be. I putted really well but I missed a few coming in. Overall it was an improvement on the first few days.”

McIlroy is scheduled to take next week off before beginning a busy run, with starts at the Irish Open, where he is the host and defending champion, and Scottish Open before heading to Royal Birkdale for the Open Championship.