Mizuno's fitting system is so good, other brand's are using it. 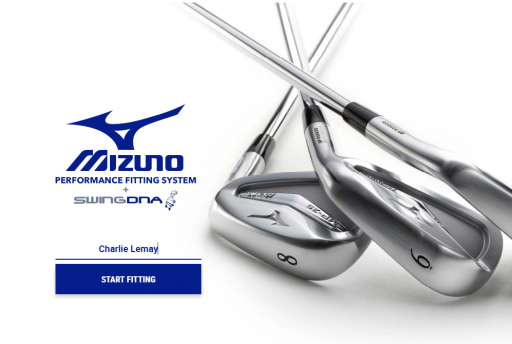 After extensive research into shaft characteristics, Mizuno have upgraded their software allowing customers to see every available shaft suited to them, ranked in order and with a top three on offer.

Also new is EI shaft profiling, which allows the fitter to pinpoint recommendations with even greater accuracy.

“Often golfers have a set idea of what shaft they should be playing and it’s hard to shift them.

"Now I can show them that the shaft they wanted might rank a scientific 12th in suitability to their swing – it’s much easier to fit them into the right equipment.”

First introduced in 2009, the Japanese brand’s product has been used by over 1,200 custom fit facilities across Europe.

A shaft optimizer measures swing data through a system of strain gauges running inside the shaft.

Unlike other products, Mizuno’s measures the swing rather than the ball, meaning it works even if players are having an off day regarding ball striking.

It only takes three swings to produce sufficient data, and is so successful even other brands are using it for fittings.

The upgraded version allows players to see their data against Mizuno staffers, and suggests what shafts players should also use in their woods.

“Initially we were worried that we’d helped out the competition,” said Bill Price, Head of Custom Fit / Mizuno USA.

“But over time we realised that it was to our benefit if fitters were using the Shaft Optimizer to fit other manufacturers’ equipment. Firstly it showed that we’d gained the fitter’s trust, but more importantly, it put a Mizuno iron in more testers’ hands.”

Mizuno offer shafts with a no upcharge policy with the system.