4 Japanese golf brands you need to know about 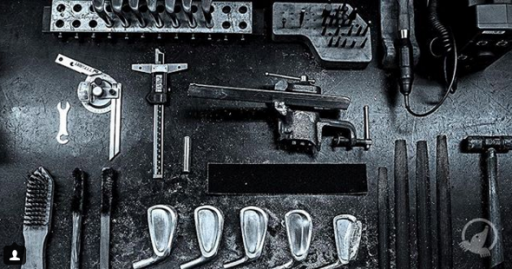 JDM. Never heard of it? Well, it stands for Japanese Domenstic Market and in golf the acronym has a cult following.

The phrase conjures up images of master craftsman hand-shaving clubs, molten slabs of iron and of course, samurai swords.

The clubs these brands make are renowned for their traditional looks, their pure forged feel, and the skilled hands that worked each head.

Initially these brands started making irons, now they have bled into making a variety of clubs and in some cases soft goods too.

Commercially successful and renowned the world over for their irons – although they also have some superb metals in 2018. Mizuno is the most affordable of this lot, by some distance.

Founded in 1906 by the Mizuno brothers, Mizuno started selling sporting apparel, before moving into golf in 1933.

Renowned for their pure feel, Tiger Woods played Mizuno irons before turning pro, while six-time major champion was a staffer in his pomp, and is again part of their stable in 2018.

Mizuno make clubs for all levels of player, from woods through to putters, while also producing gloves, apparel, footwear and balls.

Tour, Forged or Hot Metal - which #JPX900 iron tested best for you? #nothingfeelslikeamizuno

He is joined in the factory by his two sons, and over the years they have made product for some of the best players in the world. However, because of contractual obligations, it is not allowed to be made public.

Behind the scenes of Discovering Perfection: The Miura Story. Watch the full 10 minute documentary now via link in bio #MiuraGolf #DiscoveringPerfection #TheMiuraWay

Each club is finished by hand, and the brand maintain their bespoke, small batch mentality.

Miura was recently bought by a new owner, which has given them a cash injection, but they say they will not stray from their core values.

Vega was started by a former Samurai sword maker in Ichikawa, and design classic looking clubs with a modern edge.

The brand, which fell into new hands in 2012, does little to market itself on the world stage, preferring to rely on word of mouth.

Like Miura, they have recently moved into the game improvement space.

The Honma brothers opened a driving range in 1958, before starting their company five years later making clubs and apparel.

The brand have marketed their brand strongly over recent years, and are opening up new distribution lines worldwide.

Premium is timeless, a heritage spanning over 60 years. #Honma