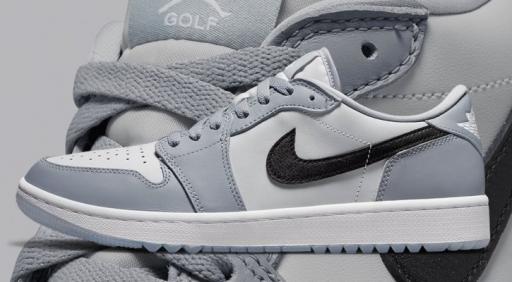 Korean golf fans have been camping outside the Shinsegae Department Store in Daegu in order to get their hands on Nike's brand new Air Jordan 1 Low G golf shoe, with witnesses describing the scene as "complete mayhem".

According to Korea Times, the new Nike Air Jordan 1 Low G golf shoe went on sale at some 30 Nike stores around the world in limited quantities, but the shoe will be available online this Thursday at 3pm GMT - CLICK HERE

"It was scary to see them running like zombies," one witness said of the mayhem caused from the golf shoe sale

Over in Korea, Nike's new Air Jordan 1 Low G shoe was selling for 179,000 won a pair and the shoe will be available to United States fans for $140.

Incredibly though, more than 200 pairs of the golf shoe have already made their way onto Kream, the biggest online resale platform in the country, with average prices set around the $530 mark.

One avid Nike Jordan fan paid $670 for his pair.

"Inspired by one of the most iconic sneakers of all time, the Air Jordan 1 G is an instant classic," says Nike on its website about the new shoe.

"With Air in the heel, a Jumpman on the insole and an integrated traction pattern, it recreates the look of the low-cut original—but gives you everything you need to play 18 holes in comfort."

RELATED: GET YOUR HANDS ON THE BEST NIKE JORDAN GOLF SHOES SO FAR THIS YEAR

The most expensive ever pair of Nike Jordan golf shoes came in 2017, when one golf fan purchased the Jordan 1 Retro Golf Cleat Chicago for a whopping 2 million won, which equates to just shy of $1,700.

Nike sales boomed in 2021, jumping 19% worldwide on the year before with sales recording $44.5 billion.

If you are interested in the new Nike Jordan golf shoes, you will need to be quick on Thursday as they will go click.

CLICK HERE IF YOU WANT TO BUY THEM FROM THURSDAY