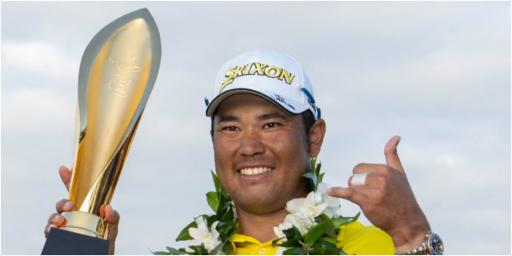 The Masters champion overcame a five-shot deficit and then defeated Russell Henley in a play-off.

The 29-year-old draws the same kind of buzz from his home nation fans as Tiger Woods does every time he plays proffesional golf.

And you can see why when he puts in performances like this. Matsuyama is a special player proving he can deliver at big moments.

His approach into the 18th hole on the first play-off hole to set up an eagle was simply a remarkable shot.

Matsuyama is a Srixon staffer and has been described as someone who constantly likes to tinker with his equipment.

He prefers shafts on the heavier side as he says it helps stabilise his unique tempo.

But what clubs does he use?

What's in the bag of Matsuyama?